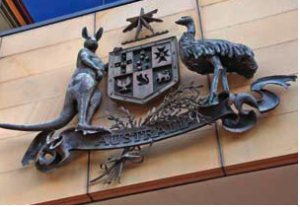 PARENTS are resorting to “incredulous” sex abuse claims against their ex-partners as custody wars turn increasingly ugly in Queensland.

In a case reported by the Family Court this week, a father won custody of his three children after being accused of inserting 17 items, including “an electrical cord in his anus in the security area at Bunnings”.

The case is one of several uncovered by The Courier-Mail, with parents making unsubstantiated claims, including threats to take their own life.

“The children can really suffer significant damage for the rest of their lives. The claims can be absolutely incredulous, have horrific consequences and are quite a common occurrence.”

According to the judgment in the latest case, the man’s seven-year-old son made the claims after a toy inducement from his mother.

He told an experienced detective his father inserted into his anus items including nails, a needle, some driftwood, a jellyfish, a small piece of pizza, a marble which grew as big as the room when it was removed, an electric cord at Bunnings, a bow tie and a bouncy ball.

The detective told child safety officials the mother was a “drama queen who is out to get her ex-husband” and authorities found the allegations unsubstantiated after the boy revealed, “if I do a lot I have to get a Lego”.

Instead, the Department of Child Safety found the mother – who split from her ex-husband in April 2011 – emotionally abusive of the boys, 7 and 2, and girl, 5.

Justice Peter Murphy dismissed her bid for a child sexual abuse expert to give evidence after the girl told a child safety officer her mother’s “job is to make people believe that her dad did rude things to her and her brother”.

He also accepted the father’s denials of ever at any time inserting anything or abusing his children.

“(The seven-year-old’s) accounts are marked by allegations which I consider palpably preposterous, the best examples of which are the public insertion of an electrical cord into his father’s anus at a large retail outlet and the marble ‘growing to the size of the room’,” Justice Murphy said.

“The experienced police officer’s plain scepticism about the accounts is shared by me.”

Justice Murphy said he considered many of the assertions made by the boy to be inherently unbelievable.

Despite finding the children had a close and loving relationship with both parents, the judge found they were coached and their statements were taken literally by the mother.

The father will have sole responsibility for all major long-term issues, with the mother having the children five nights a fortnight.

The mother is considering an appeal.