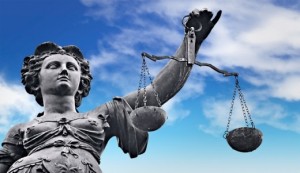 A LESBIAN couple and their sperm donor are fighting over the custody of their two children in a case that has become the new reality for family court proceedings.

Same-sex couples, adopted families and children born to surrogate parents have made the traditional definition of parents a tricky legal area, legal experts said. An expert said in a report to the court: “Children can have three parents”.

“It is tricky because it is not, so to speak, the way things used to happen,” Turner Freeman Lawyers family law expert Les Stubbs told The Daily Telegraph.

The most recent case, heard in the Federal Circuit Court of Australia, involves two lesbian social workers and their daughters, aged nine and 11. The biological mother, 47, has been given the pseudonym Ms Irwin, her previous partner is known as Ms Packer, 46, and the sperm donor for both children is known as Mr Jeffries.

The couple split in 2008 and Ms Packer later moved in with her new partner, a female doctor who has two children of her own.

Ms Packer, who had let contact with her own daughters drop off, including missing Christmases and birthdays, began court proceedings last year seeking to have the two girls stay with her every other week.

Mr Jeffries, who is close to the girls and babysits for them regularly, was allowed to intervene in support of Ms Irwin because, although he had no legal status as father, he has been actively involved in their welfare. The girls had always known that he was their biological father. The problem was: who would they call mother?

WHAT DO YOU THINK OF ‘MODERN’ PARENTING? TELL US BELOW

They live with Ms Irwin and call her “Mum” but Judge Leanne Turner said Ms Packer had caused the children stress over her insistence on being called “Mummy”.

The 11-year-old told the court: “Ms Packer tells everyone, ‘these are my girls, I’m their mother’. She is absolutely not my mother. Why would she say that? She doesn’t even know me, not at all.

“(I have) a million times better relationship with Mr Jeffries.”

Judge Turner slammed as “ludicrous” a suggestion by Ms Packer that she would decide a custody case any differently if it was a heterosexual couple.

She ordered the two girls continue to live with Ms Irwin and spend time with Ms Packer, at times to be organised between them and with the consent of the children.

Ms Packer must be named as a parent on their birth certificates and Mr Jeffries will continue to see them as he wants. Family law expert Michael Taussig QC said, while the number of such cases had been growing, they had to be decided the same as any other case – in the best interests of the children.

The Family Court has previously ruled that a sperm donor, while not named on the birth certificate, could be legally considered a parent.