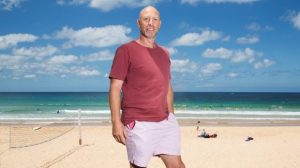 Getting divorced is rarely a happy occasion, but many couples at least manage a civilised one.

Marriages that end in divorce typically last about 12 years, according to Australian Bureau of Statistics figures from 2014. That’s certainly long enough to build up joint assets.

If you can come to a fair settlement without involving the courts and minimising lawyers, everyone will be better off, both financially and emotionally.

Mediators and family lawyers say the key is to rebuild trust.

“If you wish to come to a settlement without the involvement of third parties or court, the financial needs of your ex will need to be accommodated,” says Jacqueline Wharton, the founder of Separation and Divorce Advisors with offices in Sydney and Melbourne.

“If things get nasty, hundreds of thousands can be spent on lawyers and court.”

Fergus Herbert describes his divorce four years ago, at the age of 50, as “relatively amicable”.

He remains on good terms with his ex-wife, who is the mother of his two children, and believes it was made easier by the fact they both received advice to help establish trust and reach a middle ground in negotiations.

He received advice from Wharton and his ex-wife from a financial planner.

“Receiving financial planning advice before agreeing to terms in a financial agreement is key to optimising your financial circumstances post-divorce” says Bill Savellis from the Financial Advisor. “Divorcees rarely consider the tax implications of the agreement, often leaving one or both of them with unforeseen additional expenses, sometimes in the hundreds of thousands of dollars.”

Both of teh Wharton’s children were over 18 at the time of the divorce. “We both went to Turkey to visit our children who were on a gap year to tell them personally about the split because they are more important than anything else,” Fergus Herbert says.

Herbert says he and his ex-wife were both dissatisfied with the property settlement, which probably means they struck the right balance.

But with the benefit of hindsight, Herbert says he was perhaps a little too quick to settle, leaving him with too little time to think through his post-divorce life.

“I’m a deal maker and just wanted to get it done,” says Herbert, who works in venture capital.

Herbert tells friends who are going through divorce to take their time.

The couple sold the family home in Sydney as part of the financial settlement and Herbert says it is “incredibly difficult” to afford to buy back into the Sydney market.

Perhaps the division of assets, which included investment properties, could have been configured differently to make buying back into the Sydney market a realistic option for him.

“When you have equity in real estate you can make further investments and grow your wealth for the future,” he says.

Herbert rents in Sydney and has a house in Byron Bay.

“The divorce has seen me lose financial momentum,” he says. “It will take years to get back to where I was with my ex-wife.”

Les Stubbs, the director of family law at Harris Freidman Lawyers in Sydney, says it’s important to gather as much financial information as possible.

Many people are not across the finances – they may not know how much is owed on the mortgage or how much the other person earns.

The law allows the asking of questions about the finances of the other person.

But the chances of an amicable divorce are much higher if both people are open and transparent about their finances, Les Stubbs says.

It needs to be everything – incomes, debts, superannuation, credit cards and inheritances.

If a lawyer has to write a letter asking for financial details that immediately puts that person on the defensive, he says.

“People think that they are being clever when they start playing these games but they are just exacerbating the situation,” Wilson says.

Separating couples should not change their financial arrangements until there is a financial agreement in place, he says.

If one person is making the mortgage repayment they should continue to do so, he says.

Wharton says it is important to recognise from the outset that it is unlikely that you are ever going to be thrilled with the financial outcome of your divorce.

While you have financial needs and wants, your ex-partner has valid interests too.

She says under Australia’s “no fault” divorce laws it is pointless thinking that the law will provide you with financial compensation for any emotional hurt or that how much money you receive will reflect your “worth” in the relationship.

“This means that your ex will not be financially punished by the law for having an affair or for walking out,” she says.

“Trying to use the law to punish the other side or for revenge is expensive and time consuming,” Wharton says.

Ian Macleod, from RP Emery & Associates, a publisher of legal documents says lawyers can thrive on conflict. And with fees of about $400 an hour, a divorce can quickly become very expensive.

“I’m not anti-lawyer but people need to understand that if things cannot be worked out between you that you will be much better off using mediation, where you sit down and nut something out,” he says.

Having a lawyer draw up a financial agreement, where both partners agree on division of assets, will likely cost about $5000. But it can be more if it is not relatively straightforward.

It is not absolutely necessary to have a financial agreement or court order but most people prefer to have the certainly of an agreement.

And a financial agreement or a court order may have to be shown in some states and territories to avoid triggering stamp duty when ownership of the jointly owned family home is transferred to one name.

And one or the other could be needed to defer the payment of any capital gains tax when transferring investment property from one party to another.

You don’t have to have a financial agreement drawn up by a lawyer.

Financial agreements can be bought online, such as through services like RP Emery & Associates, where assistance will be provided by a non-lawyer to help fill out the agreement.

To make an agreement valid, each party has to receive independent legal advice to ensure the agreement is completed correctly. The lawyers will also explain that by signing the agreement you are giving up your right to have the agreement changed later by a court.

Macleod says downloading the agreement kit and filling it out yourselves is only viable for amicable break-ups, where the finances are fairly straightforward.

But the total costs for straightforward cases, including the cost of independent legal advice, could be well under $2000, he says.

Child support and child maintenance (for over 18-year-olds) is separate from property settlements and is administered through the Department of Human Services (DHS).

There is a calculator for working out child support payments on the DHS website.

It is based on factors including income and percentage of care.

Even if a parent does not spend any time with their child, they will still be responsible for child support payments.

Parents can have a private agreement or have a written agreement.

Parents can arrange for the DHS to collect and enforce payments of child support and maintenance.