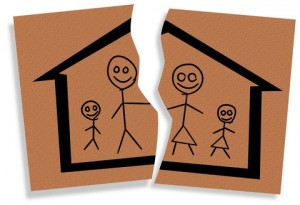 MARRIAGE should never be a prison, but should it be a subsidised holiday house?

The government is rightly bemoaning the immense cost for taxpayers of the 50,000-odd divorces in Australia each year in extra single parent and child support payments, not to mention consequent social delinquency and emotional heartache. But its plans for “free” counselling vouchers and so-called expert panels will only add to the waste.

A better idea — one that economists and feminists can rally around, which costs taxpayers nothing — is the introduction of optional “fault divorce”.

The shift to no-fault divorce — celebrated, paradoxically, by so-called progressives then and still — drastically shifted bargaining power away from reluctant divorcees in a way that harmed women and benefited men. Academics at New York University and the IMF have shown how the introduction of “no fault” divorce has not only pushed up divorce rates — Australia’s is around two to three times that before 1975 — but had a permanent, costly and potentially damaging impact.

In the 1970s Australia and the US rightly banished fault divorce, which had prevented formal break-ups without “grounds”. This forced couples to fake the reasons — including adultery, desertion and cruelty (and 11 others in Australia) — even when both were simply content to move on.

This led to ridiculous and sometimes costly charades, but, crucially, gave any spouse who didn’t want to divorce the right to extract compensation before he or she would participate.

“Divorce is less costly for men since they earn substantially more than women on average and also bear a smaller share of the cost of raising children upon divorce,” write Raquel Fernandez and Joyce Wong in their June paper, noting that some degree of specialisation by women in child-rearing is, for now, biologically inevitable regardless of female career pursuits.

“Poorer individuals are hit hardest by the loss of insurance and economies of scale from marriage, leading poorer women in particular to become more averse to marriage,” they add, arguing that the fall in marriage rates since the 1970s — 40 per cent down in Australia since then — shows that women’s aversion to marrying has overpowered men’s increased desire to.

It is much easier for the spouse with higher actual and potential income, usually the male, to walk away from marriage. It is especially difficult for women with younger children who have elected to stay at home to do so. The ‘‘disutility of working’’ is, for these women, much higher than it is for men.

The relentless focus on the cost of weddings obscures the strong economic rationale for marriage — the ability to specialise and economies of scale in domestic duties and accommodation, and the ability to draw on each other’s earning power in tough times.

Modern marriages have become expensive public statements without contractual teeth. Women (and men whose wives have much greater earning potential) have lost the ability to constrain their own or their spouses’ future behaviour.

The dramatic changes in family structures since the 1950s have complex cultural, political and even technological explanations. But it should be no surprise that the sudden, wholesale shift in the standard terms of society’s most famous contract — in favour of the spouse with a better outside option — would have dramatic ramifications.

Women have responded rationally. They have invested far more in their own education and worked longer to ensure self-­reliance. They have married far later and had fewer children. Husbands and wives are less willing to make sacrifices to support their partner’s careers because they know they have no certainty that those benefits would be shared if the relationship soured. If women do have children they want taxpayer-funded childcare and paid parental leave, costs foist on to other taxpayers, subconsciously fearful of the long-run consequences of losing their skills.

All these trends might not be optimal. For instance, surveys show most younger women typically want more than two or even three children, but end up having one and in many cases much later in life. Were other marriage contracts available, some women (and men) might prefer to marry younger with the knowledge the economic benefits of marriage can’t be arbitrarily withdrawn by their spouse without compensation.

Australian and US evidence shows women who wanted a marriage to continue did much better financially under the old fault regimes than they do now, where courts expressly ignore the differing desires of the spouses.

Pre-nuptial agreements are expensive, unreliable and awkward. The idea they are an effective ­substitute for a cheap, standard, government-sanctioned “fault” divorce contact is a typically elitist and naive view.

Permitting couples the option of a modernised form of fault ­divorce would cost nothing but could potentially lead to a virtuous circle that saved taxpayers substantial sums. More choice typically enhances welfare.

Of course, any new option should avoid the anachronism of requiring specific grounds for ­divorce. Both parties’ wanting to split (for whatever reason) should be quite enough. But such agreement would imply the unwanted party has been adequately ­compensated. Over time, the “fault” marriages might become more popular as the existing, more whimsical variety came to be seen as a half-hearted alternative.