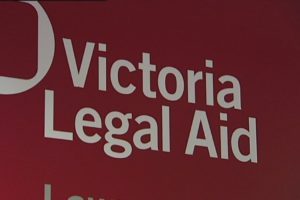 The organisation will discuss its clients’ difficulties in both receiving and paying child support at a federal inquiry into the child support program in Melbourne on Friday.

Its Child Support Program manager Jayne Ford said that most of the parents applying to change the amount they received were women who argued their self-employed ex-partners could afford to pay more. The payers – who were mostly men – could have legitimately declared lower taxable incomes by making deductions for their home office and telephone expenses.

“But their business might be rolling over quite a lot of money and they might have other resources,” she said. “They’re certainly able to pay more child support and the bottom line is that the children are missing out and not being adequately supported.”

While some were not declaring lower incomes to pay less child support, others were “well aware” this would lessen their obligation to pay.

In a submission to the inquiry, Legal Aid says the Department of Human Services should make note of self-employed parents, so that it could review the amount they were required to pay “at appropriate intervals”.

Meanwhile, many parents paying child support found it hard pay or reduce child support payments they could not afford to pay, when their financial circumstances had been incorrectly assessed.

Ms Ford said prisoners were often unaware they had to inform the department they were in jail and were unable to continue paying the same level of child support: “They may be in prison being assessed on the income they earned before they were imprisoned … accumulating a large debt without knowing it.”

This could include thousands of dollars in penalty payments, which made it harder for them to move on with their lives when they were released.

Legal Aid recommends that only those prisoners who were paid wages for work done in prison should have to pay a minimum amount of child support.

A report on the inquiry, which is looking at the way child support is collected and managed, is expected to be published in 2015.