The head of Australia’s Family Court has warned against “simplistic” reforms to the troubled system, saying the vast majority of cases are complex and involve family violence, mental health and substance abuse issues.

Pauline Hanson’s One Nation party is calling for the Family Court to be abolished and be replaced with a family tribunal made up of people from “mainstream Australia”.

“Respected” members of local community, social and health groups would be invited to participate, according to the party’s policy. 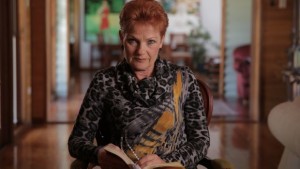 Joint custody should be the option of choice, and there should be recognition that “a child’s standard of living following divorce cannot be maintained at pre-divorce levels”, the policy says.

But Chief Justice Diana Bryant told ABC Radio National on Thursday the main issue for the Family Court had been a lack of federal funding to employ new judges, which would tackle the glacial progression of cases.

The funding shortfall has seen waiting times balloon to more than two years; a situation Justice Bryant said was “unacceptable”.

The idea of a tribunal may have some merit for simple matters that did not involve making orders, she said, but could run into constitutional hurdles.

“I’m actually in favour of people putting this on the agenda … but I think we have to be fairly careful about looking for simplistic solutions to complex problems,” she told the ABC.

The British family court tribunal system is presided over by judges, and members that are non-legal experts in relevant fields, like child psychologists.

One Nation is not the only voice calling for Family Court changes.

Family violence advocate Rosie Batty, and the Women’s Legal Services Australia in May launched a campaign calling for reforms, including domestic violence training for court staff and judges.

New senator Derryn Hinch has also called for a senate inquiry into the Family Court and child welfare agencies.

In Australia, only about 5 per cent of Family Court cases make it as far as a trial, but of these, about 85 per cent involve family violence, mental health or substance abuse issues. 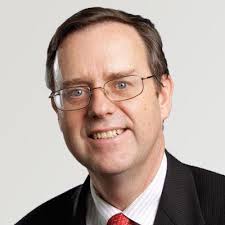 Over the past 10 years courts have been dealing with more complex situations which take longer, but in the same period the government had not put more money into courts, said Justice Bryant,

“We desperately need solutions to this problem and we shouldn’t reject them out of hand simply because it’s One Nation,” Professor Parkinson says.

“The easiest thing in the world would be for me to criticise One Nation, everybody does. But let’s look at what they have said.”

Abolishing the Family Court is constitutionally impossible, he says, but an alternative courtroom to deal quickly with property matters, for example, might be a sensible option.

One Nation’s family court policy on child support is clearly influenced by the concerns of men’s and father’s rights organisations, he said.

The Nationals Member for Flynn, Ken O’Dowd said “I’ll work with anyone that can resolve the issue and make it a fairer system.”