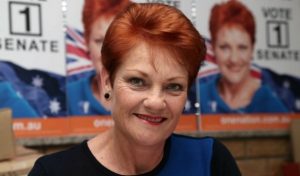 The federal government’s independent auditor has flagged an investigation of the $3.5 billion child support system, a move that could provide further ammunition for Pauline Hanson’s claim that the system is unfair to non-custodial parents.

It’s the latest in a push to test the integrity of the child welfare system, which some claim is plagued by rorting by some parents trying to dodge child support payments and some childcare service providers who are blamed for almost $600 million in incorrect government payment claims.

The Australian National Audit Office has listed the child support system as a priority issue for audits for 2016-17 and plans to focus on the arrangements between the Australian Taxation Office and the Department of Human Services.

In the weeks following the federal election, Nationals MPs reported to their partyroom that anger over the child support system was a sleeper issue that risked losing voters to One Nation unless major parties started taking notice.

The accuracy and effectiveness of the child support system is based on parents lodging accurate tax returns to give their assessable taxable income,
In 2014-15, about $3.5 billion was transferred between separated parents to support about 1.2 million children.

In the same year, the ATO and Department of Human Services were behind 65,678 enforcement actions on parents’ tax returns to collect an extra $27.4 million in child support payments.

Another 105,202 tax refunds were intercepted to garnishee $121.5 million in child support.

But fathers’ rights groups and One Nation say the child support system must be overhauled and the formula that dictates the amount of child support payments should  be reviewed.

The audit will focus on the effectiveness of the agencies’ enforcement activities, including intercepting tax refunds and reviewing the accuracy of parents’ tax returns.

One Nation leader Senator Pauline Hanson said in her maiden speech this month that some parents were left caring and providing for children without any financial help from the other parent, while others refuse to work altogether to avoid the payments.

“The system needs to be balanced, taking in the age of the child on a sliding scale and both parents’ incomes should be taken into account,” Senator Hanson said.

An interim audit by the Auditor-General of 21 government departments and agencies – including Education, Communication, Defence, Employment and Defence – for the year to June 30 this year found childcare compliance was the significant adverse problem facing government bookkeepers.

Thanks to a 2013 change to the monitoring of childcare operators, compliance moved from inspections of childcare centres and family daycare operators to asking parents to confirm their child’s attendance in child care.

As a result the potential incorrect payments blew out to an estimated $693 million by June 2015, before being reined in to $587 million this year.

Education minister Simon Birmingham, who now has responsibility for the problem which has switched between the Education department and Social Services since 2014, said recent measures to close loopholes allowing “child swapping” by carers claiming payments has helped stop more than $400 million in suspect claims from being paid.

A $27 million crackdown introduced to Parliament last week explicitly ruled out people claiming childcare subsidies where the care was provided by the child’s own parents in their own homes “or even in the back of the car”.

“These new measures will ensure there are much tighter controls on who cares for our children – it is not good enough that existing rules have been able to be ‘worked around’ and these measures will put a stop to it in the interests of child safety and the protection of taxpayers,” Mr Birmingham said.