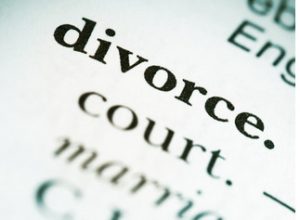 Women’s incomes suffer more than men’s after divorce, regardless of who decides to end the marriage, a study has found.

While it is well documented that women do worse than men financially after separation, family researcher Belinda Hewitt wanted to determine whether it made a difference who initiated the divorce.

Unexpectedly, the study found women’s household income was lower if they ended the marriage than for women who did not.

”We wanted to know whether anticipating the end of the relationship, and therefore putting in place strategies to avoid financial consequences, could make a difference,” said Dr Hewitt of the University of Queensland’s Institute for Social Research.

Using data from the Household, Income and Labour Dynamics in Australia survey, Dr Hewitt studied the income of 6424 men and women who were married in 2001 before and after they got divorced – including information about who made the final decision to separate.

The study found total household income – earnings, child support from their former partner and government payments – was almost level between the sexes after separation. But Dr Hewitt found men were better off once she examined other factors, such as the number of children in a person’s care.

Women’s incomes were lower in the first year after separation if they had ended the relationship than if their partner had.

Dr Hewitt said a possible reason was that, when women ended a relationship, men might be more resistant to being financially co-operative. ”Whereas, if the man has initiated a divorce, he might feel guilty and be far more co-operative,” she said.

The study, to be presented at a conference at the University of Melbourne next week, found no significant differences in household income for men after separation, regardless of who initiated it.

For mother of one Kerrie O’Sullivan, thinking about how she would manage financially did not play a part in her decision to separate.

”In my case it was definitely an emotional decision,” she said. ”The decision to separate was easy, the financial circumstances became evident after the separation.”

After separating, Ms O’Sullivan worked full-time. She got the family home as part of the settlement, but had to sell it to pay debts.

”I don’t think it makes any difference who ends the marriage, you still have the same financial commitments,” she said. ”Most times the mother ends up with the child or children so she already has the financial burden to care and look after them.

”With school fees, excursions and sporting activities, the money has to be found and, in some cases, women have to work two or three jobs to help cover these expenses.”