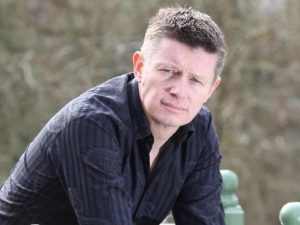 Richard Mason has won a $447,000 payout from ex wife after she ‘tricked’ him into believing his three sons were his for 21 years. Picture: Huw Evans Picture LibrarySource:australscope

A dad has been awarded $447,000 from his ex-wife after discovering he’d been “tricked” into raising three children he couldn’t possibly have fathered, as he was infertile.

Richard Mason, 55, realised his ex-wife Kate Mason had lied about the paternity of their three kids for 21 years when doctors diagnosed him with cystic fibrosis in 2016, revealing he couldn’t father children naturally.

As a result the horrified dad successfully launched a paternity fraud case to win back some of the $7 million he had paid her during their divorce, but as a result he’s heart breakingly lost contact with two of his kids, The Sun reports.

“You don’t know what’s real and what isn’t — it’s as if I’m living in The Matrix,” he told The Mail on Sunday.

“Someone says to you, ‘All you know and everything you thought solid and true is not real, and never did exist. You are not a father, you are not able to have kids, your name will not continue.’

“I still see what the boys are doing on Facebook and it’s heart-wrenching. It’s all been taken away from me.”

After making the startling discovery, the man sent frantic texts to his ex-wife, begging for “advice” as to how they tell the boys after being told it was 98 per cent certain he couldn’t have fathered a single child, let alone three.

His wife initially said, “Of course the boys are yours, no matter what the science might suggest,” but later confessed to the betrayal when confronted by her eldest son, revealing she’d had an on-off affair during their 20-year marriage.

Richard, who is a millionaire co-founder of internet comparison site MoneySupermarket.com, later had DNA tests and was heartbroken to find the 19-year-old twins were not his sons.

Their brother, 23, did not provide a sample for a test.

Mr Mason’s family has been torn apart as his relationship with the boys has been destroyed by the revelation.

He believes there must have been some doubt in his ex’s mind when she fell pregnant seven years into their marriage, and thinks she “tricked” him into bringing up the boys.

Kate confessed to cheating between six to 12 times with her colleague, but was adamant he couldn’t be the dad as the pair always used condoms.

His ex-wife only confessed 10 years after they divorced and he had already been ordered to pay a huge divorce settlement to raise the children.

According to the Cystic Fibrosis Foundation, 97-98 per cent of men with cystic fibrosis are born infertile and cannot father children without assisted reproductive technology.

The average CF patient only lives to around 37 and is diagnosed at birth, so the circumstances around Richard’s diagnosis are unclear.

The paternity fraud case came to an end recently when Kate agreed to pay an out-of-court settlement, but Richard feels his life has been “destroyed”.

However, the legal case allowed her to keep the biological father’s name out of proceedings.

It is not known if he is aware he is the boys’ dad.