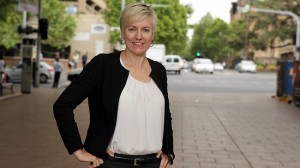 HIGH profile supporters of voluntary euthanasia are expected to attend NSW parliament when the legislation is debated in the state’s Upper House.

Greens MP Cate Faehrmann says she will introduce a bill giving terminally ill people the right to die on Thursday.

Marshall Perron, the architect of Australia’s original right to die laws, will come to watch the debate.
Members of the NSW government and opposition are expected to get a conscience vote on the issue, making it more likely the laws will pass.

However Ms Faehrmann said while MPs were telling they supported the right of the terminally ill to die with dignity they were baulking at enshrining them in law because of concerns about the laws being abused.

She said she hoped to convince them that adequate safeguards existed in her bill, and if she succeeded she was hopeful the legislation would pass after “a couple of weeks worth of talking to people about it”.

Eighty-five per cent of Australians supported terminally ill people having the right to ask for assistance to die, Ms Faehrmann said.

Ms Faehrmann launched a photo book and online video in March promoting voluntary euthanasia part of her campaign for the Rights of the Terminally Ill Bill.