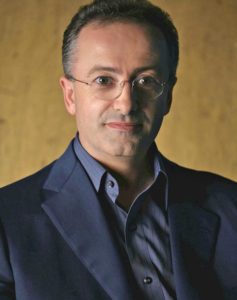 Influential Australian journalist Andrew Denton has launched a new campaign for assisted dying in Australia, and called on the Catholic Church to “stay out” of the euthanasia debate.

The broadcaster and media personality told the National Press Club on Wednesday the will is there in Australia for legally assisted voluntary suicide, but powerful people with vested interests are standing in the way.

He went on to name two key politicians who he said were driving forces 20 years ago and remain in play today: Liberal MP Kevin Andrews and Labor MP Tony Burke.

“The joint operation was led on the Liberal side by a young Kevin Andrews, a leading member of the conservative Lyons Forum, dubbed by some ‘The God Squad’, who worked in tandem with rising Labor star Tony Burke,” Denton said.

He said a number of prominent Catholic businessmen also backed the campaign, and that these forces are still in place and are just as determined to thwart any attempt to change laws.

On Wednesday night Mr Burke responded, saying it was wrong to make assumptions about his political views based on his religion.

“Pretending my faith determines my political views hits a pretty clear wall when you consider my support for marriage equality,” he said.

“The claim past debates were driven solely by religion doesn’t explain why many atheists and people such as Lindsay Tanner and Barry Jones held the same view as me.”

Denton said polls showed “support for voluntary euthanasia in this country consistently runs at over 70 per cent”.

“It’s not that we lack the wit — we’ve done it before — it was Australia which enacted the world’s first assisted dying law,” he said.

Denton was referring to laws passed in the Northern Territory in the mid-1990s.

“Many of you remember the first man to use it, a 66-year-old Darwin carpenter called Bob Dent, dying from prostate cancer,” he said.

“Both his testicles had been removed, he’d lost 25 kilos, wore a catheter and a leg bag, and as he said himself, he couldn’t get a hug in case his ribs cracked.

“Under that law Bob, and three others, got the release they so desperately wanted.”

What Denton wants in Australia is a carefully written law that is only applicable if a sufferer has an extreme medical condition.

He explained it would have “three bedrock principles”.

“Palliative care has an incredibly important role in our society,” he said.

“However it is simply a myth to suggest that palliative care, no matter how many resources it has, can deal with all suffering and distress at the end of life.

“In their own words, Palliative Care Australia say that even with optimal care they cannot deal with all pain and suffering at the end of life.”

Denton has put his career on hold in recent years to research and campaign for assisted suicide to be legalised in Australia.

His push has been driven by a deeply personal experience — the death of his father, Kit Denton, 19 years ago.

“Watching my father Kit die remains the most profoundly shocking experience of my life,” he said.

He explained that his father was 67, clearly dying of heart failure and obviously in great pain, but was “assisted to die in the only way that Australia’s laws then, and now, would allow”.

This was using increasing doses of sedatives to ease the pain.

“When your heart fails, fluid backs up in your lungs and you spend all day, every day, fighting for breath. It’s like waterboarding — trying to suck air through a damp mask, drowning and being revived again.”