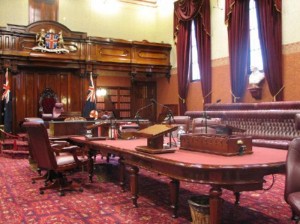 Legislation to allow voluntary euthanasia in New South Wales has been defeated in the state upper house.

The Rights of the Terminally Ill bill, which was introduced by Greens MLC Cate Faehrmann, would have let terminally ill people who still retain their decision making capacity request assistance to die.

After an emotional debate, there was an outburst from the public gallery as it became apparent MPs were about to vote down the bill.

All sides were given a conscience vote on the issue, but no Coalition MP voted in favour of the bill, although some abstained.

Speaking just before the vote, Ms Faehrmann told Parliament it would be a massive missed opportunity if the bill was defeated.

“If this bill fails today, terminally ill people will continue to take their own lives violently if they can,” she said.

“Some doctors will continue to administer huge doses of morphine to patients in an attempt to end their suffering. Patients will starve and dehydrate themselves to death.

“People around this state will continue to scream out to their loved ones, to nurses, to doctors, to please end their suffering.”

Ms Faehrmann says the campaign for voluntary euthanasia will continue and the bill will be introduced to the lower house by her Greens colleague Jamie Parker and two Independent MPs.