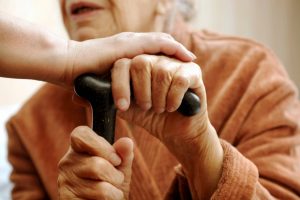 EWith the increasing proportion of people aged 65 and over, the problem of elder financial abuse is a growing concern.

While the full extent in Australia is unknown, conservative estimates suggest at least 10 per cent of older Australians suffer from financial abuse each year. The surprising factor is that their adult children are most likely the perpetrators.

While most of us have the moral compass to know that  taking out extra cash or adding a few of our own groceries to the list without either asking or paying for it ourselves  is akin to stealing, there are many elder law specialists who know that these and other (much bolder) acts of elder financial abuse are  being carried out by some of the most trusted individuals and organisations.

Property is being transferred from a parent to a child on a promise that mum or dad will live in the house and be properly cared for. Bank accounts are being fleeced of thousands of dollars as trusted people with access – legally or otherwise – help themselves. Parents are being moved into aged care on the understanding that family will continue to care for them financially.

Because of the hidden nature of the problem, very few cases are reported. Often the truth is not revealed until relationships break down or death.

Briony Dow of the National Ageing Research Institute and the University of Melbourne says that when adult children abuse their parents, feelings of parental love and responsibility coupled with shame and guilt for having “failed” as a parent often stop the parent from seeking help and protecting themselves. Few parents would want to report their son or daughter to the police.

Brian Herd, a Brisbane lawyer with CRH Law who specialises in elder abuse cases, believes the under-reporting of elder financial abuse is made worse (and even legitimised) through the appointment of the power of attorney.

By appointing an adult child as power of attorney (thereby giving them the authority to act for you in specified or all legal or financial matters), money withdrawals or property transfers by that person can be lawful.

Enduring powers of attorney, which take effect once a person loses capacity, are the “wild west” says Herd.

An individual acting as the enduring power of attorney is under no obligation to report to anyone or tell anyone what he or she is up to.

Jessica Barker, a solicitor with Elringtons Lawyers says it is often where parents appoint their children to be their attorney and/or guardian that there is confusion around whether an attorney is acting in the parent’s best interest – despite there being clear guidelines available.

Barker was recently contacted by an adult child attorney saying: “I’ve got power of attorney for mum and my sisters are telling me I should put mum’s house into us kids’ name because she doesn’t need it anymore. Is that right?”

Unfortunately, the rise of the “inheritance impatience syndrome” seems to be increasing the confusion that some adult children are experiencing about how best to act as their parent’s attorney, she says.

A common situation for a solicitor is to be called into a hospital to see someone who is on their deathbed and asked to draw up a power of attorney document so their financial affairs can be managed while they are bedridden and beyond.

There is often some urgency in these situations and a whole lot of issues need addressing – such as whether an attorney has previously been appointed, whether the person has capacity and ability to understand the nature of the document, the person’s relationship with their chosen attorney(s), advising on the person’s rights and responsibilities and the risks involved in making the appointment.

There is similar pressure when someone needs to go into residential aged care. Power of attorney documents are often downloaded hurriedly from the internet or arranged through solicitors, only to create further issues down the track.

At the very least, once it has your signature on it, this important document provides that nominated person with instant access to your bank accounts. The enduring power of attorney document also hands over the “power” for them to sell your house or shares or any other assets.

Of course, the widespread use of electronic banking means the signatures may never be seen.

It is in their best interest to establish clear guidelines around the detection of financial abuse and what to do about it – as many have already done.

The SMSF Association (with 47 per cent of its members aged 60 or older) supports a recommendation from the Australian Law Reform Commission to change the superannuation laws to ensure that trustees plan for the loss of capacity to an SMSF trustee as part of the fund’s investment strategy and that the Australian Tax Office is told when an individual becomes an SMSF trustee through an enduring power of attorney.

Herd says an increasing number of aged care facilities are presenting to a tribunal on behalf of residents to revoke a power of attorney following concerns about whose interests are being served through action taken by adult children.

The issue of where to report suspected abuse is another grey area.

If a person has lost capacity and you suspect abuse, then the relevant public guardian in your state or territory may be able to step in. You could go to the police but they could easily dismiss it as a family or civil matter.

A third option is to apply to the relevant tribunal in your jurisdiction to have an attorney sacked.

Jessica Latimer, a principal lawyer and elder law specialist with Slater and Gordon Lawyers, says that while criminalising an abuse offence through the introduction of an elder abuse act may make it easier to prosecute someone, currently the legal system is able to respond and help older people recover financial losses.

As well as mediation there are state and territory property laws, power of attorney acts, claims for breach of fiduciary duties and breach of contract claims, which can all help.

Obviously it is far better to protect someone at the front end than chase down the perpetrators at the back end through a court.

Which brings us back to relying on the good nature of human beings and trust. If it looks like a rat and smells like a rat – it probably is a rat!