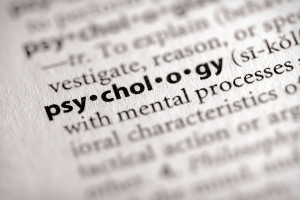 STIGMA and mental health – they’re two words that can be hard to separate.

A conference – hosted by the Riverina Family Law Pathways Network (RFLPN) – in Wagga yesterday delved into ways to better approach mental health in the context of family law.

Justice Hilary Hannam, a former local court magistrate in Wagga, was one of a number of speakers who addressed the “Mind Matters” discussion.

“For all sorts of reasons we have quite an overrepresentation of people who have mental health problems who end up in family court proceedings,” said Justice Hilary Hannam, who was appointed to the bench of the family court in August 2013.

Given that prevalence of mental health in the family law system, and the impact it could have on children caught up in proceedings, she said it was a “very important area to try and improve”.

Justice Hulary Hannam spoke about making the process less adversarial and more collaborative, along with the “growing problem” of unrepresented people who tried to work through the litigation themselves.

Asked if the stigma attached to mental health in society translated to the court system, she said people were often reluctant to talk in fear of the possible consequences.

“When you have a typical adversarial court situation, people get particularly defensive and they mightn’t want to be open to admitting they’ve got a mental health problem, they don’t want it to be seen as some sort of admission,” she said.

“The kind of changes that we’ve had in the law and in court processes are helping people to be able to identify and recognise where they’ve got problems, so that they can seek assistance and recover from them for the benefit of their children.”

RFLPN chairwoman Robyn Gooden said family law was often a “very difficult field to work in” and the conference was an opportunity to network.