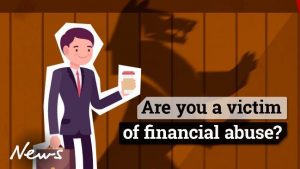 GOLD Coast lawyer Marie Fedorov “smelled a rat” when an elderly woman came into her office with her adult daughter to change her will.

The daughter did all the talking and told Ms Fedorov that her mother wanted her to be the sole beneficiary of the will.

“When I questioned the elderly lady to confirm that this was what she wanted, she appeared to not understand what she was at my office for. When I explained this to her she appeared very confused,” Ms Fedorov said.

“The daughter then said to her mother: ‘Remember mum, we’re here to change your will to leave everything to me.’ The elderly lady said: ‘Oh yes. I’m happy to do what my daughter wants me to do, so just tell me where to sign.’”

Ms Fedorov was concerned about the elderly woman’s mental capacity and so asked her some general questions, which she couldn’t answer.

“I recall seeing the daughter become very uncomfortable and she said: ‘Mum only has mild dementia, she is fine.’ But after I obtained the woman’s medical details from her doctor, and realised she was not able to make legal decisions, I refused to prepare the requested legal documents,” Ms Fedorov said.

“I’m on the lookout now because I care about seniors and don’t want them to be left high and dry,” Ms Fedorov said. “Sadly, a large number of victims are too afraid or too ashamed to speak up while others fear being isolated from their family.”

A report by the Elder Abuse Prevention Unit, shows a 20 per cent increase in reported cases of financial abuse from 2014-15 to 2015-16. The report also found that more than three-quarters of perpetrators reported between 2015 and 2016 were related to the victims.

The NSW Elder Abuse Helpline was receiving up to 180 calls a month in 2017. 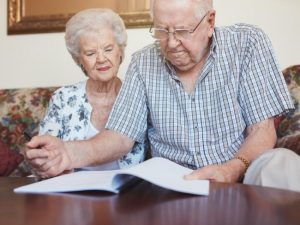 appointment with his ‘friend’, an elderly woman. The man told Ms Fedorov the woman wanted to change her will and leave a large portion of her estate to him.

“Our meeting was at the woman’s home because she was unwell. She couldn’t walk and so she was confined to a chair in the living room,” Ms Fedorov said. “The man wouldn’t leave the room, even though I asked to speak to the woman alone. But, when I asked the man to get me a glass of water, I had a few minutes alone with the lady.

“She told me she’d only recently met the man, as he was trying to get the listing for her house and promised her that, if she put him in her will, he’d get her a better price for her house. I quickly organised to see the woman on another day, without the real estate agent, and we were able to finalise her will without the real estate agent being involved.”

The Queensland Government recently introduced tough laws offering sanctions for guardians, administrators or those holding power of attorney who are accountable for financial abuse towards seniors.

Anyone taking on the role as a paid carer for the elderly person within the previous three years would be excluded from holding such power.

Ms Fedorov believes a major cause of financial abuse of the elderly is “inheritance expectation”.

“Many people expect to receive assets from their parents and will coerce seniors into signing wills or enduring power of attorney in order to get all of their assets prior to the older person’s death,” Ms Fedorov said.

“Often, people are doing ‘dodgy deals’ so they can transfer all of the assets and put their parents in a nursing home.”

In another recent case, Ms Fedorov saw an elderly woman and her two daughters, who were trying to have the mother change her will to exclude one of the other sisters.

When Ms Fedorov asked why she wanted to leave her daughter out of her will, she explained her other daughters asked her to.

“When I spoke to the mother alone, she told me she didn’t want to change her will and that she only came to my office because her daughters insisted,” Ms Fedorov said.

“I explained to her daughters that their mother did not want to leave their sister out of the will. The daughters were not happy, but I was pleased the mother was able to leave her will as it was, to include all of her daughters.”

Ms Fedorov advises elderly people to see a lawyer without having friends or family in the room. Lawyers frequently come across the elderly being bullied, so they have developed strategies to help people through the process.