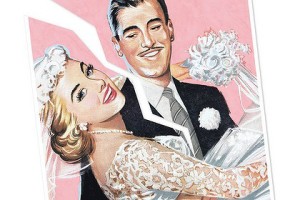 Maree* hasn’t been to the hairdresser for the past five years. Her “new” clothes come from a friend who handily clears out her wardrobe every year. And when she recently bought her children new school shoes, they were moved to ask when was the last time she had bought shoes for herself.

Since her divorce, Maree’s life has been all about forward planning. Simple things like getting the car serviced, which used to just be done automatically, now have to be budgeted and planned for. Even a $20 school excursion isn’t a simple matter. “I just don’t have a spare $20,” she says. “I’ve always worked with a budget, but there’s no buffer any more.”

The financial impact of divorce can be crushing for both men and women. But recent research by the Australian Institute of Family Studies (AIFS) found divorced women with dependent children find it much harder to recover their income after divorce. And unless they find a new man and re-partner, the financial hit can last well into later life.

“Things haven’t changed in the last three decades,” says Lixia Qu, a senior research fellow at the AIFS. “In the 1980s we found that women after divorce were short financially and they’re still in that space. We’re not saying that men are not worse off [after divorce], but women are more so.”

Emily Chantiri, author of The Savvy Girl’s Money Book, says there’s no getting around the fact that divorce is expensive. Even if you don’t spend a fortune on lawyers, chances are you’ll need to sell the family home, buy something smaller, and probably arrange a new loan. It all costs money.

Qu says that while roles are changing, many woman still play a secondary role in the household finances. Their husband is the main breadwinner, and when they have children it is often the woman who takes time out of her career to look after them. While she will probably ease back into the workforce as the kids get older, she doesn’t have the opportunities to advance her career that her husband might enjoy.

So when divorce comes along, she is already earning less and, if she has primary care of the children, is left with the dilemma of how to shoulder the household finances while still finding time to be a mother.

Financial planner Claire Mackay of Quantum Financial says psychological factors also play a part. “When people are going through a split, they tend to focus on the split and not what to do now. A lot of women come in to see me when everything is all but decided, but the longer you have to prepare, the more likely you are to get into good habits.”

Mackay went through a marriage breakdown herself a few years ago, and says getting back on your feet is something most people have difficulty doing. In every relationship, one partner takes a more dominant role in managing the finances. It might sound sexist, she says, but that’s usually the man. If the woman hasn’t been active in managing the family finances she’s likely to struggle to get on top of them in the aftermath of a divorce, when so much emotion is involved and other changes are vying for attention.

But here’s the rub. Maree was the main breadwinner in her marriage, felt she was on top of her finances, and is still reeling from the financial hit her life has taken post divorce.

Maree was living overseas when she met her ex-husband. Working in office management, she earned more than twice what her husband earned and lived a comfortable life. Marriage was followed by children, then a move back to Australia.

“Three months after the birth of my twins I was sent back to work because I could earn more money and sustain the lifestyle to which he’d become accustomed,” she says. “I was accustomed to it, too.”

But what Maree didn’t realise was that her husband was a spender. And not just a spender; he also had a gambling habit. “We were able to buy our own home and do some upgrades,” she says. “I didn’t realise anything was wrong until one day I said something needed doing and he said there was no money in the account.”

When the couple finally divorced, Maree says she was forced to give her husband half their assets. His lack of contribution to the household finances, the judge said, was offset by the fact that he had been a house husband and cared for the children.

“I thought, ‘Hang on a minute – the children were in childcare or preschool and I still did much of the housework when I came home from work. He wasn’t a house husband at all,’ ” Maree says. “But you can’t really argue with a judge.”

The family home was sold, and the proceeds split, despite the fact that her husband now earns more than she does.

John* recently got divorced from a successful professional woman, and despite the fact that her income tops seven figures, is still struggling to make ends meet. After spending more than $80,000 on lawyers, John says he and his ex still haven’t reached a financial settlement. She has stopped paying maintenance.

As the family home will eventually have to be sold, John says he borrowed money to buy an off-the-plan apartment – much of it on his credit card – assuming his wages could be used to pay down the debt while he and the children lived on his ex’s maintenance.

He earns $80,000 a year in his own right, but says this doesn’t go far when you have teenagers and debt. His ex pays the mortgage, the kids’ schools fees, and gives them money directly, but John says she has the children only one night a week, so he is responsible for a lot of the late-night pick-ups and driving around, even though he works longer hours than he does.

“I’m not crying poor, but it’s still incredibly stressful not knowing where I’ll end up, and the court system is completely arbitrary,” he says. “Emotionally, financially and socially, this has been a complete nightmare.”

Research by the Australian Institute of Family Studies found that both men and women typically suffered a fall in income after divorce, although the impact was greater on women. Women’s incomes tended to recover after about six years, as they were able to retrain and increase their working hours, but often higher social-security payments still made up a proportion of their incomes. Women without children tended to recover faster.

Intriguingly, the study found divorced men and women also tended to have fewer assets before they separated than couples who remained together.

“We haven’t fully investigated why that was,” says Qu. “Financial stress may be an indicator of other things not going well, and financial difficulties can also make a relationship difficult and cause a lot of stress. We found that before they separated, there were already signs people were feeling lonely and less happy. [Divorce] is not something that just happens.”

Mackay says women fare particularly badly when it comes to retirement savings. The average women has less than half the superannuation of the average man, with lower wages and time spent out of the workforce limiting her ability to save. The Association of Superannuation Funds of Australia recently calculated that taking just two years out of the workforce could create a “super debt” of up to $50,000. It says if women want to make up this debt, they need to adopt the “1 per cent rule” and contribute an extra 1 per cent to super for the rest of their working lives. But for women who divorce and struggle to make ends meet afterwards, that can be a big ask.

While the husband’s super can be split as part of a divorce settlement, women are often understandably more concerned with money they can access now, says Mackay, and are happy to forgo a share of their husband’s retirement savings. Inheritances can also cause problems. It still irks Cathy that her substantial inheritance went into her marital assets, while her ex still stands to get a sizeable inheritance when his parents pass on. She adds that women who have gone through a messy divorce are often much more inclined to look at prenuptial agreements the second time around to make it clear how assets and inheritance should be treated.

She says the key to recovering from divorce financially is to focus on the future, not what has gone wrong in the past. “Regardless of the circumstances, it is an emotional decision to split,” she says. “But it’s then time to look at what’s best for the children, where you are, and where you want to get to.”

*Names have been changed.