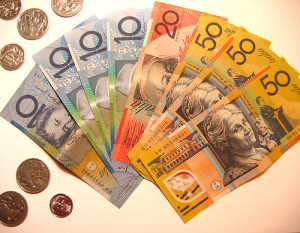 There are two truths in life: love hurts, and divorce costs. The good news is that broken hearts mend, and the cost of a divorce could be as little as $432, if you play your cards (and maybe your pre-nup) right.

How much does divorce cost? 24.3 million pounds. If you’re Paul McCartney, that is.

The former Beatle reportedly had no pre-nup agreement with former wife Heather Mills (who later told the UK press that she offered to sign one) and it cost him nearly 8 million pounds for each year they were married.

But what about mere mortals?

One in three Australian marriages ends in divorce (some experts suggest the figure may be closer to one in two).

Unfortunately, financial hardship follows many of those divorces – for both parties. According to the AMP.NATSEM report on the financial impact of divorce, marriage breakdown costs Australia up to $6 billion a year. Men’s living standards decline, it continues, while women’s disposable income drops sharply. First things first, however.

To apply for a divorce in Australia, you need to have been separated for 12 months and one day.

The principle of no-fault divorce, established in the Family Law Act 1975, means that the court doesn’t need to consider why the marriage broke down – just to satisfy itself that it’s irretrievable.

If the application for divorce is joint, you don’t even need to show up in court! If you’ve been married less than two years, however, you need to show that you have considered reconciliation.

Your first official payment is the filing fee for your application – $432, though this is waived under certain circumstances (financial hardship, for example).

If you have children under 18, you have to attend the hearing, so the court can satisfy itself that proper arrangements have been made for them – and there are more fees, which will cost you up to an extra $545. (Click here to see them in full) If your application is a joint one, and fairly straightforward, this may be all that you pay.

Property and parenting issues are dealt with separately. And it’s once you get to the settling of your financial affairs, that the true pain of divorce may start to be felt. In a past report on Channel Seven’s Today Tonight, mediator Michael Green revealed that he had known couples to spend between $100,000 and $1 million dollars divorcing.

A ‘property settlement’ is the deciding of who gets what. Unfortunately, the question of what is ‘property’ is not always straightforward.

It can take in anything from the house, investments, superannuation and trusts, right through to cars and companies. You might start out thinking ‘don’t we just take half each?’, but complicating factors, such as children, mean that it may not be that simple.

Most experts agree that if couples can decide on who gets what before getting involved in a lengthy court case, costs can be kept to a minimum.

Given the complex nature of divorce settlements, however, it’s recommended that couples intending to divorce get legal and financial guidance – shop around for a solicitor, ask for recommendations from friends and only engage someone with whom you feel comfortable.

Legal fees are one expense, but some of the costs can be circumstantial – you may have to sell the family home at a time when the market is not great, thereby failing to recognise its capital gains potential.

Then you have the problem of buying again, with only half the income and half the equity for a deposit – not easy in an Australian capital city today.

Superannuation is one area that has been overhauled in recent years. Since 2002, both the preserved and non-preserved components of super funds can be split in two – a decision that has far-reaching consequences for the divorcing couple.

Property settlement and child custody arrangements can be arranged any time after separation, but must be in place within 12 months of the divorce becoming final. Major changes have taken place within the Child Support Scheme over the past few years.

Managed by the Child Support Agency, it assesses how much child support should be paid if parents cannot come to their own agreement, or if a court-ordered amount has not been set.

A formula is used to work out child support payments.

The key components of the formula, as stated on the Agency’s website, are:

It’s important to note that the ‘costs of raising children’ have been worked out according to independent research, and are not based on the actual costs that you incur in looking after your children. You can see a full outline, for each age group, of the designated costs here.

Children aside, experts agree that people who have assets entering into a marriage should consider a Financial Agreement – or pre-nup in Hollywood speak. This is simply a document that sets out in advance what each person will take out of the marriage should it end badly – it can be entered into at any time during a marriage and you can even buy them here.

Pre-nups became legally binding in Australia in December 2000, and it costs anywhere from $500 to $5000 to have one drawn up by a lawyer.