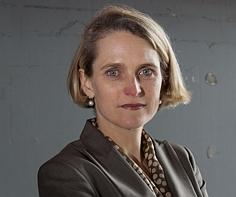 Affinity Private’s Catherine Robson says the best long-term protection is to set up a sustainable fund at the outset. Photo: Jesse Marlow

Self-managed superannuation funds are a new battlefront for affluent divorcing couples seeking their fair share of assets, which stay legally bound long after the relationship is over.

Most DIY funds – which contain about $400 billion, or one-in-three dollars invested in super – are run by married couples as a tax haven, super scheme or the latest financial status symbol.

Lawyers say nearly every divorce of well-heeled couples involves dividing pools of assets sheltered in the funds, which were intended to provide a peaceful retirement rather than fuelling a bitter separation.

“Who is going to get the cash, or the unlisted shares that have an uncertain value, or the real estate that may, or may not, improve in value in the future?” asks Marilyn Hauptmann, managing partner of the family law division for Swaab Attorneys. “There is usually a fight as to who gets what,” she adds.

About 90 funds are being created a day – about 320,000 last year – and the best industry anecdotal evidence is that husbands and wives are usually the trustees running the SMSF and jointly responsible to the Australian Taxation Office.

But if marital bliss turns into a nightmare, DIY funds can be used by one spouse – typically the husband – to hide, undervalue or, in the worst cases, defraud the wife of her fair share.

“You need to keep informed,” Hauptmann says. “You need to be involved with the accountant every year when the financial statements are prepared, look at the tax returns, understand the assets.”

Courts will grant injunctions where there is compelling evidence – such as a one-way airline ticket out of the country and an empty cash account – that a spouse has looted the fund and is preparing to flee the country.

“You need to move quick smart,” adds Hauptmann, saying orders also need to be served on the Australian Federal Police to prevent a departure.

A recent court decision found a wife, as a trustee of a DIY fund, was personally liable for it becoming non-complying when her husband, without her knowledge or involvement, withdrew the majority of funds and fled the country.

It’s less likely the courts will act if the missing assets from the fund can be matched by other joint assets of equal value outside the fund, such as a house, cars or separate bank accounts.

It can take two years and big legal fees for the courts to wind up a property settlement, even longer if traumatised couples decide to slug it out, often protracting negotiations with sentimental stand-offs over anything from record collections to cheap bar fridges, lawyers say.

“When you effect a super split you are going to have to value everything. The problem is that very often the couples cannot agree on the time of day, much less jointly agree on complex transactions, or one party is totally intimidated by the other,” Hauptmann says.

Financial experts recommend some sensible precautions when setting up a fund to protect against the statistically probable likelihood that “I do” in the early years of union becomes ‘‘you don’t” if the relationship turns sour.

Catherine Robson, principal of Affinity Private, a financial advisory group that focuses on wealthy women, says the best long-term protection is setting up a sustainable fund at the outset.

Robson, who is also a lawyer and tax specialist, says this means understanding your rights and responsibilities from the outset by creating a well-run, liquid and divisible investment structure.

Peter Burgess, technical director of the SMSF Professionals’ Association of Australia, a group for fund practitioners, says creating a corporate trustee – which delegates the technical issues and paperwork to professional third parties – makes the day-to-day running and dissolution of a fund much easier.

He adds: “Otherwise, if either spouse steps down as trustee then the other will have to find another individual to act as a co-trustee and all the fund’s assets will need to be registered in the names of the new trustee.”

Many DIY funds are created to shelter the assets of a family business, such as a shop or warehouse.

“How do you divide if business premises are the only asset in the fund and the wife says she wants $500,000 as a settlement?” Robson asks. “It’s a good idea to have only assets that are easily divisible, or actively invest in other liquid assets.”

Burgess adds: “Selling a business could also affect other business partners. A possible solution is for the business premise to be acquired in a unit trust structure. Then it may be possible for the fund to borrow to help finance the payment of the benefit to the spouse and prevent a sale.”

It’s also advisable to have on hand reliable tax experts and lawyers to help sort out rollover tax relief on asset transfers from the fund, as well as any life insurance issues.