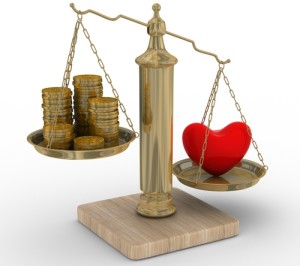 A MAN has been accused by his former wife of trying to “abscond” to Fiji with their $800,000 boat after their short marriage ended.

The wife has launched a property settlement case in the Family Court to split the couple’s $4.2 million property fortune.

A judgment, released recently, reveals the man, 46, has already faced anti-money laundering and counter-terrorism charges over the boat theft.

He was found by Australian Federal Police on board the vessel with $159,000 he had withdrawn from the couple’s joint bank account. The wife, 52, is seeking a division of the assets, arguing she came to the marriage with capital of $10 million. The marriage ended in June 2009, after 16 months.

Justice Michael Kent granted the wife’s request that her former husband be prevented from withdrawing any money from their bank accounts before trial.

The couple’s extensive property interests in Queensland and Tasmania are also to be valued in preparation for the trial.

The husband was arrested by federal police on board the vessel early this year on a charge of attempting to remove the cash from Australia without permission, according to the judgment. He has already pleaded guilty to the charge in the Magistrates Court, claiming he was going to spend the “whole or part” of the cash on “certain work” to the vessel.

However, his former wife refused to grant him permission to live on the boat before the trial, accusing him of trying to “abscond with a substantial asset”.

“The wife’s case at trial will in effect be that the husband, knowing that the wife supplied all of the capital to the marriage and then some … that the husband was attempting to abscond with … the vessel,” Justice Kent said in the judgment.

A trial date is yet to be set, but the wife has already been ordered to pay her former husband $20,000 as a partial settlement.

In a further twist, the husband lost his bid for an order for the return of two jet skis, which he claimed belonged to another woman.