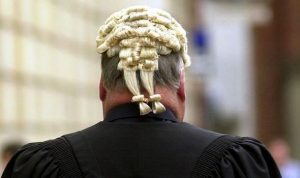 A family court judge has taken a swipe at barristers who charge cancellation fees after a case in which the mother clocked up almost $1 million in legal costs.

Justice Robert Benjamin said barristers should not claim “disappointment” fees because they have so much else to do.

“I have grave difficulty in endorsing, as fair and reasonable or proportionate, terms in fee agreements which provide for barristers to be paid for doing nothing,” he said in a recent judgment.

“Their work is not all appearance; it inevitably includes advising, conferences, preparation and research. There is little or no reason why these busy barristers cannot apply the time lost on other matters.”

The husband’s barrister charged $7000 a day, or $850 per hour (plus GST), in a fee agreement that allowed him to charge cancellation fees if the case settled or was adjourned.

Justice Benjamin said cancellation fees were “a very common provision in barristers’ fee agreements in family law, and perhaps more broadly” and should be reviewed by bar associations. He noted High Court judge James Edelman had refused a cancellation fee when he served on the WA Supreme Court.

He added the fees could be contrary to public policy as a barrier to settlement. “If a party knows he or she can save many thousands of dollars by settling, that circumstance may lead to that negotiated outcome,” the judge said. “If, on the other hand, the party has or will be liable to pay the barrister irrespective of the settlement, the cost-saving inducement is lost.”

Justice Benjamin said the husband, Mr Foley (a pseudonym), had “inflicted serious family violence on the children and on the wife”. After the police took out an apprehended violence order, he ordered his counsel to aggressively cross-examine the wife in court. He then pursued parenting orders for his 17-year-old daughter when she wanted nothing to do with him.

Justice Benjamin said costs were sometimes “out of kilter with the reasonable expectations of parties and the community to enable accessible justice.”

He noted the wife’s legal bill was $930,648.46: “This amounts to approximately $600,000 in solicitor costs, around $200,000 in barristers’ costs and the balance in joint expert fees, single expert fees, shadow expert fees, transcript fees, a proportion of the Independent Children’s Lawyer’s fees, a fee for bill of costs in relation to interim orders, searches and other disbursements.” The husband’s costs were much lower at $385,000, including $140,000 for his barrister.

However, the judge said the wife’s lawyers had helped track down funds.

“One example of this was the expenditure of money in Country U, which although a small sum was telling. The second was the purchase of a second boat without notice to the wife. The third was the extensive time the husband was absent from the business which, to some extent, explained the significant downturn in the business and enabled the husband to assert that the business’ value was far less than that asserted by the wife.”

He said the wife’s spousal maintenance application was “wholly unsuccessful”, as was the husband’s parenting application. It was a 65-35 property split in favour of the wife, with the husband keeping his business, superannuation, and $338,381.