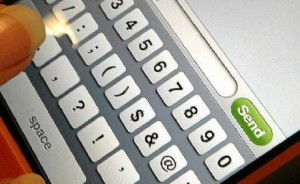 IT’S A sad reality of modern life that marriages that have taken decades to build can be thrown away in under a year.

These days a marriage can be dissolved literally with the click of a mouse with the online divorce portal available through the Family Courts of Australia and if statistics released by the courts are anything to go by, this is a trend being widely accepted by Australians.

Broadly speaking, one-third of all marriages in Australia end in divorce, so if you are going through this, you are certainly not alone.

If you do find yourself or a loved one in the midst of a relationship break-up, it is important to remember to draw a clear line between emotional issues and legal issues.

Firstly your lawyer likely isn’t qualified to provide you with psychological or counselling advice, and secondly there are always better ways to spend your hard-earned than lining the pockets of a lawyer.

Although family law matters include many aspects such as care arrangements for children, domestic violence allegations and property divisions, often foremost in the minds of couples who are separating is the question of money.

Rumours of wives leaving husbands and taking the lot are fed by Hollywood movies and quite often do not have a basis in reality, at least in the Australian family law jurisdiction.

To avoid the expenses and uncertainty of going to family court, which can be massive, separating couples are now able to form what is known as a “Binding Financial Agreement” or “BFA”.

This type of agreement is enforceable in the family courts and is designed to be a once-and-for-all settlement of all property matters.

Practically speaking, each couple sees a lawyer and the lawyers negotiate with each other to form an agreement which sets out in detail who is to receive what (eg the house is to go to the wife and the cars, boat and truck are to go to the husband).

The idea behind the BFA is to ensure that there can be no argument at a later date as to how property is to be divided and also to limit legal costs involved with separation, since a BFA usually costs $1500 – $3000, whereas going to court costs many times more than this with uncertainty thrown into the mix.

As the word ‘agreement’ suggests, a BFA does require agreement to be reached between the husband and wife (or former de facto partners, as BFAs also apply to relationships other than marriage).

The idea behind the BFA is to ensure that there can be no argument at a later date as to how property is to be divided and also to limit legal costs involved with separation, since a BFA usually costs $1500 – $3000…

There is no judge involved in forming a BFA, rather only clients and lawyers.

If you don’t feel as though agreement can be reached, court action may be required so that somebody else can make a binding decision.

Obviously this course of action should be avoided at all costs, though in some situations people simply cannot agree and court is unavoidable.

Another important point to note about BFAs is that they can be formed before and also during marriage and in most cases it is best to form them while a relationship is strong and healthy.

If couples wait until separation is looming, or has occurred to sort out their financial affairs in this way, greed and hatred may hijack proceedings and cost everyone far more than is necessary.

So if you or a loved one are about to go through a separation, or are currently separating, ensure you speak to a lawyer about all options available to you to make sure matters are resolved at the lowest cost and in the fairest manner.