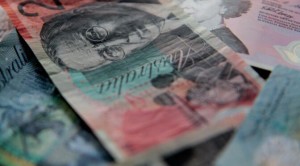 If having a marriage or de facto partnership break-up isn’t stressful enough, it’s worth knowing there are some hurdles to deal with in terms of sorting out superannuation.

But all is not lost. Super assets can be split between a couple formally separating, including for de facto couples in Australian territories and some states.

You won’t be surprised to hear that the super laws surrounding divorce are complex, and self-managed super fund trustees are obliged to discharge their trustee duties impartially, as well as look after their own personal interests.

There are two processes at play here.

First, SMSF trustees must follow all relevant procedures the super and divorce rules impose upon a trustee or face penalties for noncompliance. Trustees should consider seeking professional assistance from those who specialise in the practical application of this area of the law.

Additionally, they should get advice from someone experienced in dealing with the super divorce rules so they can properly consider their personal circumstances.

Decisions about how benefits should be split can have long-term consequences for a super fund member. What are the implications of keeping most of your super if you have nothing to live on? There may also be estate planning or social security implications.

The Australian legal system is adversarial and a lawyer’s job is to advance the client’s interests.

Some individuals, and even their advisers, might agree to super-splitting arrangements that appear favourable, but aren’t as good as they seem.

When a husband and wife who are in a two-member SMSF get divorced, one of them will probably move their super assets to another fund. This may entail moving the market value of the departing member’s balance as well as an agreed amount of their former spouse’s account balance.

These are separate amounts and must be noted as such. They have different reporting requirements and probably give rise to different tax outcomes.

It’s important to ensure that these tax issues are sorted out with 100 per cent accuracy, so that one member doesn’t unfairly pay proportionately more tax than the other.

One complex tax issue to solve is capital gains tax when super fund assets are sold or are deemed to have been sold .

CGT concessions can apply to any asset transfer after June 2007 when a couple divorce under the following rules:

• If, after the transfer of an asset, the person who requested the transfer ceases to be a member of the super fund and the transfer occurred because of a court-authorised award, order or agreement. This exemption may also be available to separating de facto couples.

The tax laws assume that any asset transferred using the above rules is acquired on the day when the original fund purchased it. Obviously, there would need to be a transfer of relevant documentation.

Special rules apply when assets are transferred as part of a divorce settlement.

Ordinarily, the super laws prohibit the transfer of an asset from one small super fund to another where the members of the super funds are related parties, however, these rules, if implemented correctly, get around this problem.

One possible way to negate the need to use these splitting provisions is to create a binding financial agreement.

These agreements, which must be in writing, can be made before, during and even after a marriage. They can be set aside by the court.

Since March 2009, de facto couples in NSW, Victoria, Tasmania, Queensland, the ACT and the Northern Territory have been able to access similar rules.