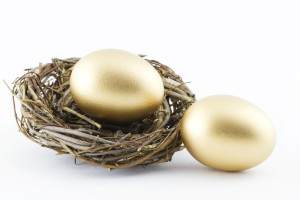 WHAT happens to your super when you get divorced?

In theory the super assets are included in a couple’s total balance sheet and split just like any other asset. The couple can do this by mutual agreement or the Family Court can enforce its decision on the couple.

What value is ascribed on your Self Managed Super Fund if it’s a mess and its value might be significantly eroded due to ATO penalties and fines?

This very situation was before the Family Court late last year. Mr and Mrs Linder were married for more than 30 years. He was a solicitor and Mrs Linder ran the house and raised their three children. Their youngest child, while still a minor, was ill for several years with a variety of serious medical conditions. While she was in hospital her mother provided her with a high level of care and the husband worked and looked after their home and other children.

Their financial affairs were quite complicated and there was some dispute between them about how their matrimonial assets should be split. Of major interest to us is their super fund.

The SMSF had been established in 1995. Its two members and individual trustees were Mr and Mrs Linder. The assets of the fund were cash in the bank and shares in Argo, a very good ASX-listed investment company, which had been purchased in a number of different transactions.

The husband told the court that “at no stage did my wife ever take an interest whatsoever in the assets or operations of the superannuation fund or make any contribution towards it (sic) administration and management”.

The court accepted this statement and said the husband was responsible for the SMSF.

There was dispute between the parties about the super fund’s ownership of more than 22,000 of the Argo shares, which are currently worth about $160,000. There was no evidence the super fund had purchased them and no proof it actually owned them.

Ultimately the Family Court decided that these shares weren’t assets of the super fund. As a result the super fund was deemed to have about $700,000 in assets.

Since 2007 no financial accounts for the super fund had been prepared and no ATO return had been submitted.

Clearly, the fund potentially had severe ATO compliance issues. One expert accountant said, in an affidavit, that in her view the fund had a “very high risk” of being in breach of a number of super law provisions and that the tax office might impose a penalty of $350,000. That is the ATO would make the fund non-compliant and impose the high tax rates applying to super funds that apply when this occurs. The expert recommended that the super law breaches should be rectified and the fund closed for a cost of about $63,000.

The husband and his advisers told the court that they were confident that they could fix the fund and not face the financial penalties imposed by a wrathful ATO.

Putting to one side the slackness in preparing annual accounts and regulatory returns, it appears from the court’s written judgment that the fund had been run appropriately. Assuming we have a complete picture of the fund’s activities, and based on my experience of fixing up SMSFs that have regulatory problems, the husband and his advisers seem to have come to a reasonable conclusion.

The court decided that as part of the property settlement all of Mrs Linder’s interest in the super fund would be transferred to her former husband. As part of this process the husband had “to indemnify the wife in respect of the financial consequences of her having been a member of the superannuation fund”.

The court granted the husband’s wish but as each trustee is liable for any ATO-imposed penalties the court made the husband liable for any punishment imposed on Mrs Linder. The court judgment said, “… failure to properly manage the superannuation fund … should not be visited on the wife”.