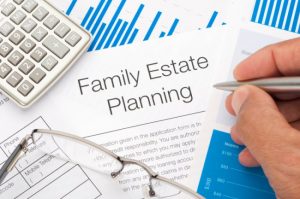 More than 50 per cent of wills are being contested in courts, typically by family members fighting over how parents’ estates should be divided between siblings.

Disputes over potentially trillions of dollars worth of savings, investments and assets are generating a mini-industry of lawyers offering “no win, no fee” offers to aggrieved family (or friends) of the deceased who think they deserve more.

Courts are unwittingly encouraging the litigation boom by ruling in favour of the parties bringing the actions in about three of four cases, according to University of Queensland research.

“While nearly 60 per cent of Australians have a will, many still remain vulnerable to having their wills contested,” says Adnan Glinac, Australian Unity’s general manager of life and super. “Ensuring safeguards are in place so that the money goes where it is intended is a big part of estate planning. This means financial structuring to protect the transfer of wealth from one generation to the next.”

He recommends reviewing a will every three years and making required amendments with a codicil, a document that makes minor changes.

Grantley and Judy Selth, a retired couple from Mount Eliza, 48 kilometres south-east of Melbourne, are aware of what a poisoned legacy a deficient will can leave and are determined they will have the final say  over their estate.

The couple, who have three adult children aged between 39 and 45, have added a testamentary trust to their will that provides a greater level of control over the distribution of assets to beneficiaries.

It’s estimated about $2.4 trillion worth of assets – equivalent to the gross domestic product of Spain – will be transferred from Baby Boomers (those born between 1946 and 1964) to their successors.

But big estates are creating even bigger headaches for brawling beneficiaries, which courts often have to resolve.

For example, successful television producer Reg Grundy died in 2016, aged 92, leaving his second wife Joy beneficiary of his $715 million estate, including a luxury mansion in Bermuda.

Her husband’s only child from his first marriage, Viola La Valette, is contesting the will in a court case scheduled for later this year.

The estate of famous racing car driver Peter Brock took several costly Supreme Court appearances, teams of lawyers and nearly a decade to settle between his second wife and children from the previous marriage.

Lawyers are even fighting it out over modest estates when families believe parents failed to adequately consider a loved one’s needs.

Julie Ward, chief judge in equity for the NSW Supreme Court, recently ruled on a case involving a son contesting an estate that included just $8000 cash and a 99-year leasehold in a retirement village bequeathed to his second wife.

“It cannot seriously be suggested that community expectation would be that the deceased should put his long-standing wife in a position where she is required to vacate her villa in the retirement village,” Judge Ward said.

Legal fees can rip shark-bite size chunks from an estate that different sides are  attempting to maximise for their own benefit.

For example, a barrister will cost between $5000 and $10,000 a day in court. Instructing solicitors will add to the legal bills arranging the action, briefing counsel and preparing pleadings, briefs and mediations.

Some solicitors will charge $9 for merely reading clients’ email – a reply costs extra.

A typical dispute costs individuals and the estate about $26,000 and takes nine months to resolve, according to University of Queensland research.

“Contested estates end up a free-for-all,” says Glinac. “Your wishes and what’s outlined in your estate often is not met,” he says. “It happens a lot.”

Blended families are adding to the toxic mix of bitter disputes as children of one, or both,  partners dispute a will.

The Selths believe their testamentary trust strategy will make it more transparent and equitable for all beneficiaries.

Grantley, a former dentist who retired about eight years ago, says:  “We had a will but it didn’t embrace everything we wanted. We knew where we wanted the money to go but we wanted to be sure the beneficiaries were our kids but that they were protected in the case of divorce.”

Their testamentary trust, which was written with the assistance of a lawyer, holds their financial assets until the children reach 50.

“We told them all. We felt they should know if anything happened to us where the will was kept, what was in it and that there was no disagreement,” says Grantley.

Testamentary trusts have tax advantages because income distributed to minors is taxed at full adult marginal rates, according to chartered accountant William Buck.

Each beneficiary is eligible for the $18,200 tax-free threshold and the relief afforded by the lower tax scales. The income distributed is known as “excepted trust income”.

Beneficiaries under 18 who receive income from other types of trusts only receive $416 tax-free before penalty tax rates apply.

Judy says a key consideration was devising a strategy that lowers the risk of disagreements between siblings.

“I don’t think there is any way they could dispute the proportions they’re getting,” she says. “It’s set up evenly, and they know that. There is no point not telling them and them fighting over the assets. Until they’re 50 they’ll just be able to draw income from the trust.”

The assets include property, which will have to be sold and split three ways, and shares held in a self-managed superannuation fund.

Testamentary trusts can be tailored to meet the executor’s requirements.

For example, under a discretionary trust the beneficiary has the power to remove and appoint the trustee, including appoint themselves to manage their inheritance inside the trust.