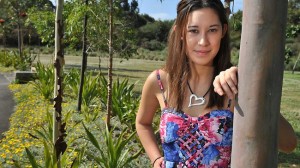 AT six years old, Johanna Fisher thought moving to Europe with mum would be a big adventure; she was promised a big house, a yard and all the toys she wanted.

She was too young to understand that her mother was smuggling Johanna out of the country to hide from her father. Brian Fisher spent the next six months searching for his little girl, and eventually tracked the pair down to a shabby studio apartment in Switzerland.

“My relationship with both of my parents had been permanently damaged, and I found it extremely difficult to trust people,” she told The Sunday Telegraph.

Every year, about 200 Australian children are illegally smuggled overseas by a parent. Roughly half are taken to countries that have signed the Hague Convention, which stipulates the children should be returned.

Estimates suggest just as many are taken to countries that are not signatories. Most abductions are kept secret by courts to protect the children but some are publicised, such as the recent case of a mother who smuggled her four daughters from Italy to Australia, only to have the girls sent kicking and screaming back to their father by the Australian courts.

Every time Johanna hears of a parental abduction in the news, she wishes the warring adults would think of the long-term damage their conflict will cause their children. “It’s completely unfair for a child to be drawn into such difficult familial disputes,” she says.

Johanna speaks from experience. Her mother had long described her father as “nasty” and said they were better off without him.

When Swiss courts sent her home with him, after months in state care, Johanna was deeply confused and didn’t understand why she was left with someone supposedly so horrible.

She soon realised her father, Brian, wasn’t as her mother claimed, but re-establishing a relationship with him was still difficult.

“As a child I had a very negative view of him, and I think that caused a lot of problems in our relationship,” Johanna said. “He made an effort to reconnect with me, but I think I was always very hesitant to let him do so.

“I think I came across as quite a problematic child, and I expressed my confusion by playing up at school.”

As an adolescent, her confusion turned into depression, which she blames on her childhood instability. Contact with her mother, who lived overseas, was sporadic, and while Brian tried his best, he struggled to be both father and mother to Johanna. They would often argue.

Trust issues and confusion are typical of the problems faced by children who have been abducted, says Antony Milch, a child psychiatrist.

While each child is different, consequences of abduction can be lasting, he says. The trauma of living as a fugitive can affect their sense of identity, their stability and their ability to form relationships.

“That ends up being very challenging,” says Dr Milch.

In another case, a father whose son was abducted when he was just a toddler and hidden in Europe for more than two years told The Sunday Telegraph his son’s years as a fugitive have deeply affected him.

The little boy struggles to relate to other children, has behavioural problems and is distrustful of authority.

Yet this father can take comfort from Johanna’s story.

She may have struggled, but she is now a high-achieving law student, described by her father, Brian, as “a very stable, sensible young woman”.

Johanna said her experience hasn’t been all bad.

“I became extremely resilient to dealing with negative situations. And I was determined not to let my experiences have a negative bearing on my life”she told The Sunday Telegraph.