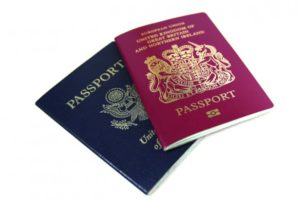 A mother who secretly took her son to live overseas in the middle of a custody dispute says she did so to stop the boy’s father abusing him, asking a jury “what would you risk if you thought your little boy was in danger?”

But the jury was told that a few months before the woman fled with her son, a child abuse expert had been unable to conclude the boy had been abused in any way.

The woman, who cannot be identified, is on trial in the Downing Centre District Court for breaching the Family Law Act by taking the boy out of the country in 2008 and living with him overseas until September 2010, when the authorities eventually tracked her down.

At the start of the trial on Wednesday, the jury heard the relationship between the woman and her husband had become strained in 2006 because the woman wanted to have another child but he did not.

The husband referred to one heated conversation: “[She] said ‘I’ll resent this for the rest of my life’.”

The court heard that the next year the woman allegedly came to believe her husband was molesting their son.

Initially she took the boy and went to live at her brother’s house.

She then began proceedings in the Family Court, informing her husband that she was seeking permanent custody.

The court ordered that the boy be assessed by a psychiatrist, who was unable to find any abuse had taken place.

“He found it difficult to conclude from the material that the father molested [the boy],” Crown prosecutor Ian Bourke said in his opening address.

Mr Bourke said that months later, in April 2008, the mother bought tickets to an overseas destination, from which she did not return until police forced her to in 2011.

“This is not a sexual assault trial,” Mr Bourke said.

But in an emotional opening address to the jury, the woman said she had left the country after deciding it was “too unsafe to stay”.

“It was a very difficult situation to try and weigh up what I should do,” the woman, who is representing herself in the trial, said.

“What would you risk if you thought your little boy was in danger?

“Try to put yourself in my place – it’s a very stressful situation. I know I went overseas but it was with good intentions and I think I did the right thing in the circumstances.”