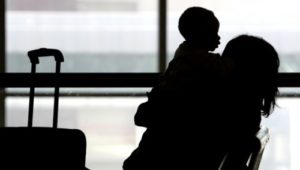 The Family Court of Australia has rejected an attempt by New Zealand authorities to secure the return of two boys who were unlawfully taken to Sydney by their mother after the 2011 Christchurch earthquakes, finding that the children would be further traumatised if they were ordered home.

The mother of the boys, aged 10 and 12, took them from the devastated city without telling their estranged father and built a new life in Sydney, according to a Family Court judgment published recently.

The woman said she fled the city because her house had been rendered uninhabitable by the powerful quakes, that it was then looted by hooligans and that she had lost her job when her employer went out of business.

These experiences had significantly traumatised her two children, with the younger of the two suffering post traumatic stress disorder characterised by insomnia.

The court heard that, despite the fact the boys had effectively been abducted, with their mother failing to report the move to their father or New Zealand authorities, the youngsters subsequently settled into their new home.

Both were experiencing a ”higher standard of living than before”, had settled into new schools, found new friends, and built relationships with counsellors.

“They speak freely, they laugh and joke and are full of joy,” the mother told the court.

A family counsellor said the boys ”overwhelmingly and understandably associate New Zealand with [the] earthquakes which they experienced” with one indicating that he never wanted to return.

Further complicating the case was the chequered history of the boys’ father.

His visits with the boys had been limited to three hours a month just before they left the country, the result of a number of protection orders taken out by the mother.

In mid-2005, the father was convicted in a New Zealand court on a charge of “wilful ill-treatment, possession of a weapon, and intentional damage” and was sentenced to 18 months imprisonment.

Between January 2007 and January 2010 he had little contact with the children after a serious car accident. The mother told the court the father threatened several times to kill her son from another marriage by running him over in a car or by hitting him with an axe.

The father denied this.

Of greatest significance, Justice Mark Le Poer Trench found, was the fact that the father and the New Zealand authorities who were helping him did not file the application for the boys’ return under international law until 12 months after they had arrived in Australia.

During this time the boys had ”settled in Australia”, the judge found, and for this reason they should remain.

”Although they clearly still experience problems with behaviour and learning they are as settled as they can be,” he said.