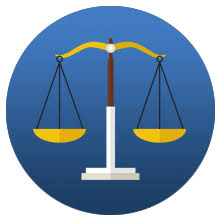 A woman who was assaulted and held captive by her husband in a terrifying four-hour ordeal has been awarded more than $243,000 in damages, including for psychiatric counselling and medication.

Naomi, not her real name, was 40 years old and had been with her then-husband for 20 years when he grabbed her by the throat as she was preparing dinner on July 4, 2015, and attacked her with a knife.

During the course of the 4½ hour ordeal she was stripped naked and her mouth and wrists bound with electrical tape before her neck and breasts were slashed with the knife.

Naomi feared for her life when her husband told her: “I will not be walking out of this room. I am not sure if I am going to take you with me or not.”

But he subsequently relented and took his wife to the hospital where she was treated for her injuries and gave a police interview.

Naomi’s former husband is already serving a lengthy prison sentence for the crimes. He did not appear in court but was aware of her case in the NSW District Court.

Naomi told a psychiatrist she was she was “no longer the same person” and had become isolated and withdrawn as a result of the attack. She also suffered from panic attacks and insomnia.

The court heard she had previously regarded her husband as a “protector”, although an incident in 2001 led to a period of separation. In 2015, her husband became “controlling” and she felt “suffocated” by him needing to know where she was at all times.

Naomi’s case is not the first time a woman has sued a violent ex-partner for damages, but it is one of a relatively small number of cases.

In 2002, the NSW Court of Appeal upheld a District Court judgment awarding a woman $572,815 after her then-husband attacked her just months into their marriage. The assaults left her with deep vein thrombosis.

In 2009, the NSW District Court awarded a second woman $324,549 after her former partner subjected her to ferocious assaults, which resulted in serious injuries including a collapsed lung and her upper teeth penetrating her lower lip.

Victims of domestic violence can also seek redress under the Victims Rights and Support Act, which offers compensation for violent offences outside the courts process. The baseline compensation is $1500.

Judge Philip Taylor said he took into account the fact Naomi was “scarred for life” and had continued disabilities in her left wrist. He said her physical disabilities and PTSD, “are, like her scars, going to persist to some extent for life”.
Stay Informed. It’s simple, free & convenient!