A sperm donor and the mother of his biological child are headed to the High Court to determine his parental rights, in a case that has sparked calls for pre-conception agreements in Australia. 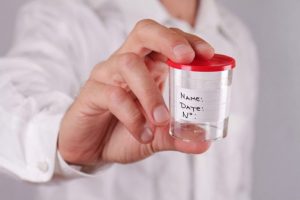 The Newcastle man, known in court documents as Robert Masson, is seeking to be recognised as a legal parent in a bid to stop the mother and 12-year-old daughter moving to New Zealand.

Mr Masson and the mother, known as Susan Parsons, have been close friends for at least 25 years and conceived in 2006 using “informal artificial insemination”.

The business manager aged in his late 40s is listed on the girl’s birth certificate. He has been an active part of her life and she calls him “Daddy”.

The case is headed to the High Court in April.

Professor Fiona Kelly, from the La Trobe University Law School, said she believed the presumption should always be that a sperm donor is not a legal parent. But she said pre-conception agreements should be allowed in complex cases.

“What some other countries have done … they allow for a pre-conception agreement between a mother and a donor or two mothers and a donor or whatever combination of people that overcome that presumption [that the sperm donor is not a parent],” she told The New Daily.

“In the small number of cases that deviate from the norm, you enter into a pre-conception agreement and I think that’s the cleanest way to deal with it.”

Mr Masson’s lawyer, Tahlia Bleier from Steiner Legal, said there were serious legal and social questions to be determined.

“It is the fundamental right of every child to have the law constructed in a way that makes clear who their parents are,” she said in a statement to The New Daily.

“If the law is ambiguous, then the High Court must remove that ambiguity – and this case will do just that.

“The High Court’s determination of this matter will have ramifications across the country for children and sperm donors fulfilling a parental role in a child’s life.”

The Family Court of Australia in 2017 found the man was the girl’s legal parent, after finding Ms Parsons and her partner, Margaret, were not in a de facto relationship at the time she was conceived.

But the full Family Court found state law in New South Wales has an “irrebuttable presumption” that sperm donors are not parents – unless they were married or de facto with the mother – and said the federal law did not stipulate otherwise.

Attorney-General Christian Porter has intervened, filing a submission to the High Court to argue that the federal law definition of parent applies and supersedes state law.

“I intervened to explain to the High Court that in the Act the word ‘parent’ has its ordinary, contemporary meaning and that this ordinary meaning should be determined by interpreting the Commonwealth laws in all the circumstances,” Mr Porter said in a statement to The New Daily.

“The Commonwealth has not argued for any particular, specific, iron-clad rules about who is and is not a ‘parent’ based on genetics and relationship status.

“Instead, the Commonwealth’s position is simply that the term ‘parent’ should have its ordinary meaning and that will depend on a number of factors which may be relevant, including the intentions of those involved in raising the child, and other social factors and particular features of the actual relationship in question.”

A spokesperson for Victorian Attorney-General Jill Hennessy confirmed the state would also be making a submission, but has not done so yet.

All attorneys-general in the country were invited to make a submission.

The Family Court in 2017 found both parties had shielded the daughter – as well as a younger daughter to the Parsons using another sperm donor – from hostility about the legal stoush.

Mr Masson has been with his partner Greg for six years, while Susan and Margaret were in a developing relationship from 2006.

The Family Court did not consider that relationship to be de facto until later, excluding Margaret from automatically becoming the 12-year-old girl’s legal parent.