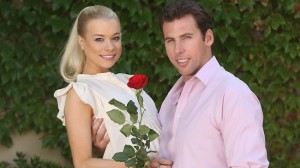 SWIM star Grant Hackett is suing a second law firm over what he says was a botched pre-nuptial agreement with pop star wife Candice Alley.

Hackett, 32, has already launched a Supreme Court damages claim against a Queensland firm over the agreement, but has now filed a claim against Melbourne firm Nevile & Co.

In court documents, Hackett alleges that he sought advice from Nevile & Co around 2007 “in relation to the provision of legal advice to a party to a financial agreement”.

Financial agreements are Australia’s version of pre-nuptial agreements, but can be made during the marriage or after separation.

Hackett alleges he acted upon the advice he was given but has now been told the “representations were false”.

He claims to have suffered financial losses including legal costs because of Nevile & Co’s conduct.

“The representations were misleading or deceptive,” he alleges in court documents.

Hackett says Nevile & Co owed him a duty of care to “exercise reasonable care and skill” in the provision of legal advice.

He claims he was an “identifiable person” in a position of dependence to the law firm and that negligent advice would leave him “vulnerable”.

Hackett and Alley wed in a lavish ceremony in March 2007 and had twins in September 2009.

His claim against Brisbane-based Mullins Lawyers alleges a financial agreement they drafted before the marriage did not meet legal requirements.

It is further claimed the problem was not detected or rectified when the agreement was amended upon the birth of the couple’s children.

The marriage came to a dramatic end last May when he drunkenly trashed his Melbourne flat.