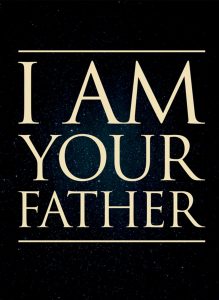 In the decision: Masson v Parsons [2019] HCA 21, the High Court has found a man who donated his sperm to a lesbian friend to have a child is the father, due to his involvement in the child’s life.

A majority of the bench of the court on Wednesday handed down its decision in the case, which centred on whether state or Commonwealth laws should apply in the case and how they should be defined.

Lawyers for the donor, Robert Masson – the man’s court pseudonym – argued the Commonwealth law should apply, rather than state laws.

Neither the federal nor state laws are definitive on whether sperm donors are automatically parents.

But Mr Masson’s lawyers argued that, under the Commonwealth law, Mr Masson should be the parent, as he is the biological father and was involved in the child’s life.

Mr Masson had donated his genetic material in 2006 in a private, personal insemination to his friend of about 25 years, named under a pseudonym as Susan Parsons.

Mr Masson agreed on the understanding he would help as a parent, provide financial support and physical care.

He is named as the girl’s father on her birth certificate.

He was actively involved in the life and care of the girl and her younger sister, with both calling him “Daddy”, court documents show.

Issues arose when the mother and her partner, Margaret, tried to take the girls, then aged 10 and 9, to live in New Zealand, where the couple married in 2015.

Mr Masson was at first successful in fighting their move overseas, but the Parsons appealed before a full court of the Family Court, which agreed with the women that he was not a legal parent.

They successfully argued that the laws in most of the states rule out a sperm donor from being a father and that Mr Masson was therefore not a parent.

Mr Masson appealed to the High Court where the case was heard in April.

He argued that the Commonwealth law should apply, and said the question of who is a parent should be determined by the circumstances of each case, with reference not only to who provided the genetic material but also who had participated in social and psychological parenting of the child.

His position was backed by Commonwealth Attorney-General Stephen Donaghue, QC, and the independent children’s lawyer.

The term “parent” should take its ordinary and contemporary meaning, they argued.

Mr Masson’s lawyers said that, as he had had considerable involvement in the child’s upbringing, including volunteering at the school canteen, he was not simply a sperm donor but the father.

The High Court agreed, saying in a summary of its judgment on Wednesday: “The majority held that no reason had been shown to doubt the primary judge’s conclusion that the appellant was a parent of the child.”

With AAP, Alexandra Back