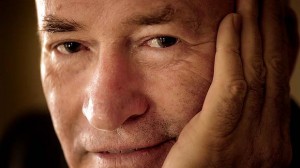 Peter Liston has led a full life, he is a father of three, grandfather of two, and has travelled the world extensively as a professional gambler, making millions along the way.

However, there is one thing Mr Liston would like to do before he dies: meet the children he helped create as a sperm donor in 1979.

As a young school teacher, happily married with one child at the time, he made 10 donations on the condition he would remain anonymous. He was paid $100 to cover his costs.

But since then, he has often wondered about what became of his contribution. In 2002, he decided to enter his details on a voluntary register for people conceived through sperm donation in case there were children who wanted to look him up. He also asked the Royal Women’s Hospital in Melbourne if any children had been born from his donations. He was delighted by the response.

”They wrote back and told me I had two boys in one family aged 21 and 18, and a girl in a second family aged 20,” he said. ”I have three adult children of my own and they were as excited as I was at the prospect of possibly meeting their half-siblings. Sadly, none of them has made contact through the registry to this stage, but we remain hopeful.”

Mr Liston would love to meet these people and know if they share similarities with him and his children. One thing that might stand out, he said, was a propensity for mathematics. The trained accountant is a member of Australian Mensa and all of his children have done accounting degrees, too. ”I think it would be like discovering a nephew or a niece. Genes are incredibly strong, so you’d expect to see not just similar personality traits but similar lifestyle choices as well,” he said.

The views of sperm donors such as Mr Liston are suddenly in demand. In October, the Victorian government said it wanted to hear from people who donated sperm and eggs before 1998 because it was considering a change in the law that would allow donor-conceived people the ability to access identifying information about their donors.

At the moment, the law varies depending on when donations were made. In NSW, children conceived using donor sperm after January 1, 2010, will have full access to information about their donors once they turn 18. However, for those conceived before 2010, finding information is incredibly difficult, according to the consumer advocate for the Donor Conception Support Group of Australia, Caroline Lorbach. The Sydney mother has three children conceived using donated sperm.

Donors and children conceived using donor sperm are not under any obligation to put their names on NSW Health’s Central Register.

She said the register was not promoted and was difficult to navigate.

”In Victoria, their register was promoted and past donors were encouraged to come forward,” she said. ”We have nothing like that here. All the Health Department did was send some mini posters and pamphlets to GPs. GPs are inundated with information all the time. These posters were only displayed for a month then taken down.”

The NSW Committee on Law and Safety is running an inquiry into managing information related to donor conception,and asks whether all donor-conceived adults should be able to identify their donors.

Mr Liston believes the rights of donor-conceived people should be paramount because genetic information is becoming more useful in medicine everyday.

”Openness and honesty may be awkward at first, but ultimately, I believe it would benefit all parties,” he said.