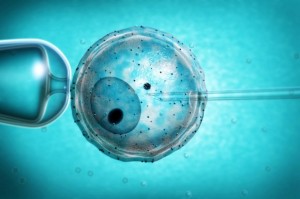 LATELY, there have been all kinds of opinions swirling about on the subject of donor anonymity: whether or not to forcibly remove the anonymity of people who donated sperm and eggs before legislation was put in place in 1988.

The problem is that the inquiry mostly heard from angry donor-conceived people and activist sperm donors, because, as anyone who has worked for a compliments-and-complaints phone line can tell you, it’s usually angry people who speak up.

Understandably, these donor-conceived adults want to know their genetic history.

Some families can get past the genetic connection issues and some can’t, which is one of the many reasons why potential parents need to think very carefully before using Assisted Reproductive Technology and consider the interests of the potential person.

I’m lucky my parents did a lot of soul-searching and also that they chose a sperm donor who they knew. Because of my family’s visibility on the subject of Assisted Reproductive Technology (specifically on IVF surrogacy and sperm donation) and my mother’s research into all things ARTy, I feel able to speak up about such matters. I need to speak up, too, because angry donor kids are in the minority; most of us are happy just to be alive.

Retroactively removing anonymity from donors is a terrible idea with significant repercussions. People haven’t been able to donate anonymously in Victoria since 1988 and before that not every donor’s identity was recorded, so many people desperate for their genetic history will be disappointed.

In many situations, it was a young medical student who donated for pocket money and to help a childless couple. Unless you do a CSI-style DNA test on everyone living in Australia at that time, many donor-conceived people won’t have answers.

Forcibly revealing people’s identities has other consequences, too. What if the men went on to have families they didn’t tell and the secret ruins that? What if they don’t want to be contacted by strangers who happen to share some genes?

Retroactive laws have an uncomfortable feeling of broken promises and mistrust about them.

I’m not denying the pain of not knowing one’s origins – I will never know what it’s like to be unable to know who I came from. Originally, I wasn’t supposed to know who my donor was, but I did a bit of detective work as a 12-year-old and figured it out.

Not knowing would be horrible, but the fact is that most of these people can’t know. But there are potential solutions for those who can.

Instead of taking away the shield of anonymity, there needs to a better system for contacting the donors for which clinics have information, and seeking their consent, if the product of their donation comes forward.

That happened in the high-profile case of Narelle Grech last year, but it required the intervention of the Premier for the Registry of Births, Deaths and Marriages to be able to contact him. For the record, the donor was fine with being contacted.

Another good thing to do would be to better promote the voluntary registry, which is looked after by Births, Deaths and Marriages. At the end of financial year 2011-2012, there were more donors than donor-conceived people on the list. Victorian Assisted Reproductive Treatment Authority says there were 386 people on the registry: 174 donors, 70 donor conceived people and 142 parents of donor children.

There are hundreds of thousands of donor-conceived people in Australia, most of whom are happy with their level of information. While there does need to be something done for the minority who need more, we can’t let the government tread all over the privacy of donors.