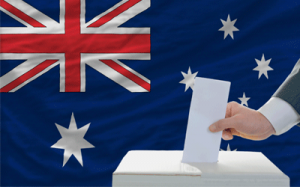 With the Federal Election looming, it is interesting to note the policies of each of the major political parties with respect to family law issues. Some may be sceptical about “election promises” and many Australians listen out during the election campaigns for matters that will affect the individual and his or her family. In this edition we take a look at some of the policies trending in the 2013 election campaign and how they affect family law.

The Policies: The Liberal Party has put a strong focus in this election campaign on family issues, promising to introduce a more lucrative paid parental leave scheme to that currently in place, with women to receive up to $75,000 within six months of giving birth. The Greens are mostly supporting this policy, however Labor has not made any promises of new policies having previously introduced a number of changes to work and family policies.

Paid parental leave is important to families following the birth of a new baby. However, the impact of paid parental leave raises the question, how will taking maternity leave impact upon a property settlement?

When considering the relevant matters in a property settlement following the breakdown of a relationship, the income received by each parent goes towards their financial contributions to the relationship. The primary carer for the child may not receive any income after the conclusion of the parental leave scheme period for either a few months or a number of years, however they are still credited by their role as homemaker and carer.

Of course, the weight given to such contributions are entirely dependent upon a number of factors and differ case-by-case.

The Policies: Although Tony Abbott and the Liberal Party will not make a decision on this topic until after the election, Prime Minister Kevin Rudd, on behalf of the Australian Labor party, has committed to holding a conscience vote in Parliament within 100 days if re-elected. Christine Milne and the Greens Party fully support same-sex marriage.

The Facts: Currently, same-sex marriage is not permitted in Australia. The law defines marriage as “the union of a man and a woman, to the exclusion of all others, voluntarily entered into for life”.

Regardless of one’s views on whether same-sex marriage should be legalised, it is hard to disagree with the fact that in present society there is discrimination when it comes to persons who can and can’t be married.

In order to remove the inequality of the marriage laws, parliament has in the past decade allowed significant changes to legislation to recognise same-sex couples as de facto couples. A person is described as being in a de facto relationship with another person if they are not legally married or related by family, have a relationship as a couple and are living together on a genuine domestic basis. The change to the definition of a de facto relationship has streamed through to family law in terms of parenting arrangements, property settlements and child support as well as other areas of law such as superannuation.

The Policies: The Labor Party recently and infamously reduced the parenting payments that “single” parents were eligible to receive in recent years and has also introduced DisabilityCare Australia, being a government service available to assist persons with a disability and their carers. The Liberal Party supports (yes, agrees with!) the Labor Party’s disability program however true to politics do not agree with the name of this scheme and propose to change it should they be re-elected.

The Facts (on Centrelink benefits): In most cases the parenting payments received by the primary carer of a child are supplemented by child support paid either by private arrangement or with the assistance of the Child Support Agency.

When considering whether an order should be made for one party to pay spouse maintenance to another, income received from Centrelink is not included in calculating the needs of the spouse receiving spouse maintenance.

The Facts (on DisabilityCare Australia): DisabilityCare Australia is an independent organisation created by the Government to facilitate the National Disability Insurance Scheme introduced by the Labor Government in 2012 which provides funding for people with disabilities, their carers and families. The organisation will also assist such people with locating various support services, goal-setting and possible referral to other government and community services available to assist with their needs. Being a very new organisation, branch offices are in the process of opening across Australia.

Family Law does however have the power to make orders for “adult child maintenance”, that is child support for a child over 18 years of age. Such financial support can be either a periodic or lump sum payment and can be ordered, or agreed upon, where financial assistance is required for a child to complete their education or where the child has a mental or physical disability.

It is recommended that parents who are unable to reach agreement as to ongoing parenting arrangements for a disabled child over the age of 18 years seek assistance via avenues outside of the field of family law, such as by lodging an application with the guardianship tribunal.