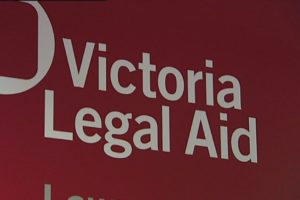 Victoria Legal Aid says it will review cuts to its family services – which the Family Court’s Chief Justice has criticised as compromising children’s best interests – later this year.

Legal Aid made unprecedented cuts to its services last year to save money in the midst of growing demand and million-dollar losses. It announced last January that it would no longer fund parties in the Family Court if they were facing someone who was also unrepresented in court.

She said that the organisation was planning to review all of its family legal aid services at the start of the new financial year in July at the earliest, and would consult with the public and key stakeholders.

‘‘We’re going to be reviewing all of our family legal aid services this year and we are keen to…potentially make changes,’’ she said.

‘‘We do want to increase the accessibility to legal aid services but we also want to make sure that that’s done in a way that’s sustainable longer term, that we can fund it.’’

Ms Rich said there was great uncertainty for future funding of family legal services ahead of the May Budget and the National Partnership Agreement ending on 30 June.

A key criticism of the legal aid crisis has been the federal government’s decreasing contribution to state legal aid commissions since 1997.

It has since fallen from half of what the states chip in, to about a third. Victoria receives the smallest share of federal funding in the country per head.

‘‘We’re not in a position to make any further decisions at this point in time,’’ Ms Rich said.

Chief Justice Diana Bryant criticised Legal Aid’s cuts to its family law services on Monday, saying that they had led to more parents representing themselves in court.

Chief Justice Bryant said that the cuts had exacerbated long-held concerns in the Family Court about parents being able to be cross-examined directly by their former partners, even in cases where they are alleged perpetrators of family violence.

“The problem that really arises is you have a party who is not only going to be cross-examined by their former partner about violence of which they are a victim. But they [also] have to run their case and they have to cross-examine their partner and for many people that’s impossible,” she told ABC Radio.

She said that in the Family Court the best interests of the child are “paramount”: “So the judge is searching for the best interest answer and that’s greatly assisted by having an independent children’s lawyer, but…the system is compromised unquestionably.”

The Chief Justice said that in some cases, parents settled privately to avoid going through the process unrepresented.

Ms Rich agreed that Legal Aid’s changes to its trial guidelines had meant more people went unrepresented. But she said that the issue of self-represented litigants had been a ‘‘long-standing issue’’ since the Family Court was formed.

‘‘Even if we reverse the change from last January tomorrow, it wouldn’t fix the problem because there are still plenty of people who are not eligible for Legal Aid in the first place,’’ she said.

She said Legal Aid’s decision to return to funding people in the Family Court who received state services for a diagnosed mental illness or disability ‘‘(recognised) that those clients were particularly vulnerable. We recognise that they’re not going to be capable of standing up in court and representing themselves.’’