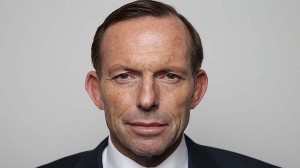 Members of the Federal Parliament and their staff from all political parties will tell you that they receive numerous queries and complaints about family law matters, and in particular about the operation of the child support system, from those in their electorates.

Sometimes they are subjected to targeted lobbying campaigns from groups representing particular perspectives on those issues. It is interesting, then that the Coalition did not, as far as I have been able to discover, release a policy directly about the Family Law Act or the child support system in the lead up to the election. It may be that this area is too much of a “hot potato” and this in turn may (or may not) mean that further reforms in this area are unlikely under the new Government.

To some extent the “noise” from electorates might simply reflect the fact that family law issues touch many individuals’ lives deeply and daily. But, in my view, there is a lot more to it than that. While it might not at first appear to be the case, family law is highly political. By this I mean that it deals with and touches upon some of the deepest value issues in our society, on which one might expect political parties to express a view (and indeed, to have a policy).

• What should be the relative responsibilities of the State and the family for the financial support of those who are unable to fend for themselves?

• To what extent should the State proscribe and prescribe behaviour within families, and how?

• What sorts of relationships should create obligations between those who are in them, and of what kind?

• What sorts of relationships should the State promote and support?

• Is healthy and involved parenting something the State can legislate for?

• What role should the State play in protecting victims of family violence, or people (including children) who are otherwise vulnerable?

These political issues are framed by differences on more empirical (factual) questions. In the area of family violence and parenting, these questions include ones such as:

• How widespread is family violence, and how significant are its effects?

• How gendered is family violence?

• How common are false allegations of family violence and sexual abuse?

• Is an ongoing relationship with a violent parent better than no relationship? In what circumstances?

The most controversial amendments to the Family Law Act over the years since it was enacted have been those which deal with decision making about parenting. These have been marked by (often gendered) debates about what the legislation should say about the relative significance of experiences of family violence in family relationships and the promotion of relationships with both parents after separation. In general, women’s groups have argued for prioritising the former, and men’s groups for prioritising the latter.

Perhaps the most significant amendments to the parenting provisions were introduced by the Howard Government in 2006. While these also gave some new priority to issues of family violence, they are generally seen as at least having had the effect of prioritising relationships with both parents after separation over the significance of family violence to decision making about parenting.

Among other things, they introduced the presumption of equal shared parental responsibility, and drew decision makers’ attention to whether equal time arrangements were in the best interests of children and reasonably practicable, while also requiring attention to be paid to the extent to which one parent facilitated a relationship with the other parent. These reforms have been described as the “shared care reforms”.

Following a number of reports, including the very influential Chisholm Report (by former Family Court Judge, Richard Chisholm), these amendments were wound back to some extent in 2012 by the Gillard Government (the “family violence reforms”); the Family Law Act now makes clear that priority in decision making about parenting is to be given to protection from family violence. These reforms did not go as far as some (and indeed Chisholm) advocated; in particular most of the “shared care reforms” remained intact. Some speculated that there may have been further reforms from a Labor Government had one been re-elected, although no such public position was taken by the former Government.

It is not clear as yet what difference the family violence reforms have made to decision making about parenting. Perhaps in part because of the lack of evidence about any real difference, it is also not clear from any public paper that I have seen whether the Abbott Government is likely to have further amendments to the parenting provisions on the agenda. If they were to do so, my expectations would be that there would be a winding back of the significance attached to family violence in the parenting provisions.

The Coalition’s Policy for Women dated September 2013 has little to say about family violence, although it is pleasing that it commits to ensuring the implementation and resourcing of the “National Plan to Reduce Violence against Women and their Children.” Its two other specific commitments are increasing the funding to the White Ribbon campaign by $1 million over four years (that is, $250,000 a year), and strengthened support services for overseas spouses (who can be among the most vulnerable victims of domestic violence). It is notable that the Policy states that “Domestic Violence and sexual assault perpetrated against women costs the nation $13.6 billion each year.”

Of course it is not just policies dealing specifically with family law which have an impact in that area. The Coalition’s paid parental leave policy, providing for mothers to have six months’ leave based on their actual wage, or the national minimum wage (whichever is the greater), has the potential to have profound impacts on women’s workforce participation. This in turn may create less financial inequality between spouses if and when they separate. It is those inequalities which the family law system struggles to address.

Whether or not there are amendments to the Family Law Act or to the child support system under the new Federal Government it may be that the most critical issue will be the extent of funding within “the system”, including the relevant Courts. Few would argue that if, for example, the complex issues of family violence in parenting disputes are to be properly dealt with, “the system” needs to be better resourced. In the legal context this means more funding for legal aid, more judges with less crowded lists, and more experts and processes available at Court to all regardless of means. It remains to be seen what priority will be given to funding in these areas under the new Federal Government.