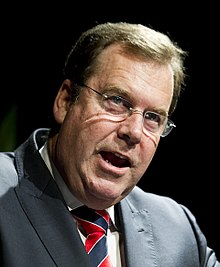 FEDERAL Attorney-General Robert McClelland will today outline changes to the planned national regulation of the legal profession in order to address concerns from key stakeholders which threatened to derail the project.

In a major concession to demands from the judiciary and the legal profession, Mr McClelland will ditch one of the core elements of the plan drawn up by a federal-state taskforce.

Membership of the proposed national legal services board, the peak regulator, will be expanded to seven to create guaranteed positions for nominees of the Council of Chief Justices and the Law Council of Australia.

The regulatory taskforce, headed by Attorney-General Department secretary Roger Wilkins, had originally wanted to preserve the inherent role of the courts in admitting and disciplining the profession but would have limited their role on the legal services board to membership of an advisory committee.

Legal professional associations would have had a similar advisory role.

The new plan meets one part of the demands of nation’s top judges, who have made it clear that they retain the power to establish a rival regulatory system if they consider the independence of the profession to be at risk.

The taskforce had originally sought a board of about five who would be appointed by the standing committee of attorneys-general based on their expertise in either the practise of law, consumer protection or the regulation of the profession.

Mr McClelland will outline the revamped structure of the proposed system in Perth today during an address to Law Society of Western Australia.

His speech will make clear that the regulatory taskforce is still considering the composition of the board “and further views will be specifically sought on this issue”.

He will also give the profession an assurance that he believes the independence of the justice system is fundamental to access to justice and the rule of law.

He will describe the proposed regulatory system as a “co-regulation” and will point out that the regulatory taskforce believes “it may be appropriate to delegate some powers of the board and the ombudsman to the profession”.

But he will say that consumer representation in the regulatory system “will enrich deliberations”.

The revamped plan states that the board and the proposed national legal ombudsman “would be accountable to the states and territories through the standing committee of attorneys-general”.

“It is anticipated that the board will collectively hold a range of stakeholder expertise, with members fulfilling the functions of the board rather than representing any one interest or constituent,” Mr McClelland will say.

He will reassure states and territories, giving them an undertaking they will not lose revenue from the interest on clients’ money while it is held in solicitors’ trust accounts.

His speech will recognise that the reform project will bring considerable benefits to large national law firms.

“However all practitioners will undoubtedly benefit from the many proposed improvements to the regulatory system,” he will say.

His speech will indicate that the regulatory reform project is on schedule and a draft bill and proposed national rules will be presented to the April meeting of the Council of Australian Governments.

At that meeting he plans to seek agreement in general terms to the legislative package and to a further consultation period in which the details of the scheme will be made public and debated.

He will say that the bill is still being refined but is expected to be less than 200 pages.