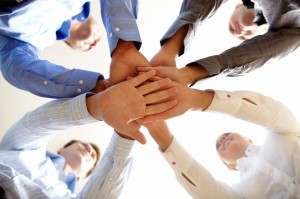 A PUSH to harmonise adoption laws across the country could see South Australia abolish restrictions that can conceal the identities of birth parents or children.

SA is the only state in which parties to an adoption can apply for a veto on requests for information that would identify a child or birth or adoptive parent.

Other states have either no veto provisions or only allow people to veto requests to contact others involved in the adoption.

The State Government is reviewing the Adoption Act and has committed to harmonising laws nationally, a move that would be likely to see SA come into line with other states.

As of June 30 last year, there were 417 vetoes on identifying information in place in SA.

Adopted children lodged the most (231), followed by birth mothers (153) and a small number were lodged by adoptive mothers (16), adoptive fathers (10) and birth fathers (seven).

Vetoes only apply to adoptions before 1988.

All adoptions since then have been fully open and authorities say adoptive parents are now encouraged to tell their children about their biological families.

But vetoes remain important in some cases where being identified would put the child, or other family members, at risk.

Under current laws, adoptees now in their mid to late 20s and older are not able to find out information about their birth parents, or vice versa, if a party to the adoption has lodged a veto.

The vetoes remain active for five years at a time and must be renewed, otherwise they lapse.

Families SA chief David Waterford said the trend in the number of vetoes being maintained was declining. He said it was “highly likely” the harmonisation would mean SA laws changed to be more in line with other states. There is no set timeframe for the changes.

“There are some people for whom the current veto system is really, really important (for safety or privacy reasons) and who have strong views that they should be retained,” Mr Waterford said.

“And there are some people out there who are really very keen to meet either their children or their birth parents and would like the vetoes lifted.

Under current legislation, SA and the Northern Territory allow for vetoes on seeking information about parties to adoptions.

There are only three active vetoes in the NT.

In NSW, Queensland, Western Australia, Tasmania and the ACT, vetoes can be put in place to prevent contact by other parties to the adoption. No vetoes apply in Victoria.