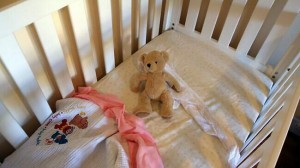 IT HAD been three years since Beth and Tom Remboldt had adopted Galina, a little girl from Russia.

Abused as a child, the nine-year-old was nearly impossible to handle. She screamed, she hit, she would stand stone-still and refuse to move when things didn’t go her way. If we just loved her a little more, Beth thought, we’ll survive this.

Then one day, Beth was unpacking the dishwasher with Galina. She left the room for a moment and when she returned, there were feces on the clean dishes. Beth asked her daughter why she’d done that. “I want you to eat my poop and die,” she said.

Love, it seemed, was not enough.

“At this point I started fearing for my safety and for my family’s safety,” Beth said. “Did she really want us to die?”

The Remboldts considered the unthinkable, something that went against all they believed in as adoptive parents.

They would have to give Galina up.

‘EXACTLY WHAT WE WERE LOOKING FOR’

It is the dark side of international adopting – “re-homing,” when unprepared, sometimes naive parents realise that they are unable to handle the child they brought into their home for a better life.

A recent investigation by Reuters found Internet message boards dedicated to re-homing, with a new child advertised about once a week. While legal adoptions are handled through courts, a simple power-of-attorney document can shuffle kids to another guardian in the States. Reporters discovered that with such little oversight, children were sometimes abused in their second, or even third, re-homing.

Even when there isn’t abuse, the transfer seems cruel – to adopt a child, bring them into your home, only to give them up again?

The Remboldts understand the anger. But they also say that people don’t know the whole story. That parents involved in international adoptions are rarely warned about what they’re getting into – and provided no support afterward.

Beth and Tom Remboldt dreamed of building a big family. But after their daughter, Grace, was born in 1999, the couple struggled for years with secondary infertility.

Tom, then 40, a market-research analyst for a medical-malpractice insurance company, and Beth, 27, a homemaker at the time, dismissed domestic adoption because of its chancy reputation.

“We’d heard about too many horror stories of birth mothers changing their minds,” Tom said.

The couple looked abroad instead, turning to the now-defunct Faithful Adoption International, an Iowa-based nonprofit that specialised in adoptions from Russia, Ukraine, Kazakhstan and elsewhere.

The Remboldts began the arduous adoption process in 2005. Two years later, they heard a little boy less than 2 years old and his 5-year-old sister were up for adoption. It was exactly what they had asked for.

They traveled twice to Russia’s Tambov region, once in the winter of 2007, and again in June to finalize the adoptions. They vividly remember their first encounter with Teddy and Galina at the Little Stork orphanage.

“She was very proper, she shook our hands, she understood we would be her parents,” Beth said. “She was very charming and beautiful but it seemed rehearsed.”

TRYING TO ‘LOVE AWAY’ HURT

Still, Beth was excited. Galina took her hand and led her to look at her toys. She displayed poise. The couple noted Galina was not particularly warm to her baby brother, but care-takers explained the children didn’t live in the same part of the home.

The Remboldts read up on raising institutionalised children. They knew to be on the lookout for malnourishment, learning delays, language transitions. They didn’t know very much about Teddy and Galina’s background – only that the children’s mother had been an orphan, and had left the institution when she was 16 and had two children she was unable to raise.

At Russian orphanages, children are handed over to their adoptive parents without clothes. On the night the Remboldts came to take their children, they were shocked to learn that a third of Galina’s body was severely scared from burns. Chunks of her front legs had been grafted onto her back. A few months after they returned home and were struggling with Galina, they pressed the agency for answers. They would discover the children had been removed from a filthy, feces-infested house with no heat and no food.

Galina would eventually tell therapists her birth mother, in a fit of anger, poured a pot of boiling water on her.

When Tom and Beth saw the scarring, they weren’t deterred. “I thought when this child is older, she will never want to be seen in a bathing suit,” Beth said. “I didn’t immediately make the connection between early abuse and emotional damage.”

The Remboldts, like scores of adoptive parents, believed in their heart that they could “love away” their child’s hurt.

In many adoptions, children do attach and have normal, adjusted, successful lives. But the odds are stacked against children who were denied prenatal care, exposed to alcohol consumption or abused or neglected. Even those who were adequately fed and nappied may still suffer from attachment disorders because the mother-baby bond was broken and the child learned to turn inward and distrust love.

Galina celebrated her sixth birthday the day the Remboldts returned home to California. During the celebration, she suffered her first explosion after her parents set limits on chocolate cake. Day after day, the tantrums continued, for hours at a time.

Beth wasn’t surprised Galina was taking and hiding Grace’s jewellery, even though Galina had her own jewellery, or that the child seemed insatiable, or that she was defacing walls with crayons. But Beth and her husband could not understand Galina’s outright resistance to basic hygiene. She wouldn’t bathe or remove dirty clothing or brush her teeth.

Then the wetting began. Galina would sit in the spot where she went, refusing to move or clean up. The Remboldts were mystified. They knew the 6-year-old was toilet-trained. They thought it might be a medical condition. It wasn’t, according to doctors.

The couple sought help from professionals who deal with emotionally impacted, internationally adopted children. “We were told to go back to basics,” Beth said. “That we were overstimulating Galina with stuff.”

Beth spent most of her time at home. She wasn’t able to send her daughter to school. She’d be afraid to go to the library or grocery store – holding her breath for Galina to eliminate. Not wanting to suffer embarrassment. She put Galina in pull-ups.

Oddly, Galina seemed quite bright. She picked up the language within a couple of months. She could read and do complex math. When her parents talked to her about eliminating and hygiene, Galina had the language and acumen to say she was sorry and she wouldn’t do it anymore.

By the end of year one, Beth was despondent. “I worked so hard to bring this child to my life. Every day I said, ‘OK, today’s the day I’m going to start over.’ But it was impossible. There was no connection.”

With her hands full with Galina, both Teddy and Grace took a back seat. Teddy, while not completely attached at first to his parents, and not at all with his biological sister, was at least a manageable toddler.

One day the couple brought the family to Tom’s mother’s house for dinner. He had warned his mother Galina was filthy. “She was horrified,” Tom said. “But I think for the first time she understood what was going on.”

Without consulting Tom or Beth, his mother called the Christian group Focus on the Family to seek help. Because she’d told the circumstances to a “mandated reporter,” two agents from Child Protective Services and a police officer showed up at their home. They spoke with Galina and with the other children. They told the Remboldts that a social worker from Family Preservation, a wing of CPS, would visit them weekly. “They came once and never showed up again,” Beth said.

By the spring of 2009, things were growing worse. The Remboldts had reached out to Nancy Thomas, an author who runs therapy camps for families who are struggling with adopted children at her ranch in Colorado.

Later that spring, the Remboldts visited Thomas’ ranch with the entire family for a week. “One night, there were a bunch of families streaming in and out of Nancy’s kitchen. Galina urinated on the kitchen floor. She stood in her pee for three hours, like a statue, with everyone just doing their thing around her,” Tom said.

The Remboldts were losing hope. They understood Galina was using elimination as a defense against intimacy – a classic technique for a child suffering with a severe attachment disorder.

“Subconsciously she believed if she was stinky enough, it would keep us away, that it would prevent us from loving her,” Beth said. “For nearly two years we kept trying to show her that even if she is stinky, we still love you. We are your parents.”

Nothing – not therapy, not love, nothing – was working.

Shortly after the dishwasher incident, three years after they adopted the girl, the Remboldts flew Galina to Thomas’ ranch for a one-month respite. One month turned to two, then three, and finally a year. As time wore on, the Remboldts had to make a hard decision. They knew Galina could not come back and live with them. It would have been too disruptive for the other children and unsuitable for Galina. Another family who worked with Thomas wanted to adopt Galina.

On Oct. 15, 2010, the Remboldts relinquished their parental rights to the 9-year-old girl.

Thomas says the new family went through all the proper channels – they had a home study done and they hired lawyers to handle the transaction.

“Unfortunately, the second adoption also ended in failure because Galina was abusing her brothers,” Thomas said. “She shouldn’t have been placed in a home with younger children.”

Now Galina is in a third home; the Remboldts don’t know where. Thomas, however, said she’s doing better.

“Galina was a very sick little girl, but she was adopted by a couple who had only grown children, which was better because she had a history of abusing younger children,” Thomas said. “She lives on a ranch where she rides horses. They have a big network of support. The Remboldts should have been given training. Their agency really dropped the ball” she said.

‘MYTH THAT LOVE CONQUERS ALL’

In the past two decades in America, about 250,000 children have been adopted from abroad. There are no statistics on how many have been given up or re-homed, and that’s part of the problem. For children like Galina, there’s little oversight in cases where a re-homing goes wrong.

And for parents like the Remboldts, there’s no one who can help them cope with a damaged child.

“Adoption is more than child placement,” said Adam Pertman, executive director of the Donaldson Adoption Institute, and author of Adoption Nation. “The training, education and support for adoptive families is just not there.”

At the Remboldts, Teddy, now 8, is attached but struggling. Grace, 14, has been in therapy. Beth has returned to work as a saleswoman for a small technology company. Tom is working on a master’s degree in counseling because “people out there are really hurting and I want to help them.”

“The myth that love will conquer all is just that, a myth,” Pertman said. “Adoptive parents are not miracle workers.”

Tina Traster is the author of the forthcoming memoir “Rescuing Julia Twice: A Mother’s Tale of Russian Adoption and Reactive Attachment Disorder”