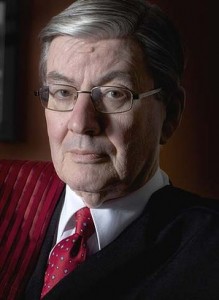 Allegations of child sexual abuse are being increasingly invented by mothers to stop fathers from seeing their children, says a retiring Family Court judge.

Justice David Collier, retiring from Parramatta Family Court at the end of the month after 14 years on the bench, sees unprecedented hostility infiltrating the Family Court, and a willingness by parents to use their children to damage one another.

”If a husband and wife really get down to it in this day and age, dirt flies,” Justice Collier said.

The worst are those mothers who direct false allegations of abuse against former partners.

”When you have heard the evidence, you realise that this is a person who’s so determined to win that he or she will say anything. I’m satisfied that a number of people who have appeared before me have known that it is one of the ways of completely shutting husbands out of the child’s life.

Such cases are fraught for Family Court judges. Once an allegation has been made it is impossible to ignore. The court must deem whether there is an ”unacceptable risk” of abuse occurring in the father’s care.

Sometimes the allegations are obviously fabricated, other times they are probably true.

”It’s that grey area in the middle that you lose sleep over at night, and you do lose sleep,” Justice Collier said.

”They’re difficult to disprove. The allegation lingers there.”

Barrister Esther Lawson, who sits on the family law committee at the NSW Bar Association, said anecdotally there appeared to be an increase in allegations of sexual abuse coming before the court, but the reasons were unclear.

She also warned that the consequence of false allegations could return to haunt the accuser, including the loss of time with their children.

”Clearly there are cases where there is reliable evidence that sexual abuse has taken place and these matters need to be properly ventilated,” Ms Lawson said.

”But if the court finds that allegations have been maliciously motivated then there may be potential consequences, including a change in the child’s primary residence.”

It is rare for Family Court judges to speak publicly about their views. Many are still haunted by the 1980 murder of Justice David Opas and 1984 bombings of the Parramatta Family Court building and homes of two judges.

Judgments are now more involved, partly so the losing party can understand the reasoning behind decisions. Justice Collier said the cases were also more complicated, as litigants raise more matters and run each of them to earth. Facebook pages are frequently called into evidence.

”A mother declares she lives a chaste and modest life and then on Facebook says, ‘Guess what I did last night’, and Dad’s only too happy to put it before you.”

He puts much of the venom down to a generation of people more assertive of their rights, and now entering relationships.

But it disheartens him to leave the court so, after a satisfying career. He used to keep a magic wand, which he has now passed on to his colleague Justice Bill Johnson.

”I wished I could wave that magic wand and say, ‘Be nice to each other’,” Justice Collier said. ”That’s the only order I would have to make.”