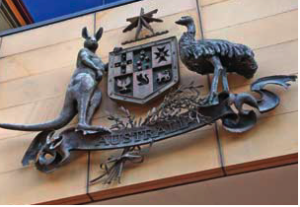 A father who bashed his partner and held a samurai sword to their daughter’s throat was still allowed weekly access to the child because a Family Court judge believed the terrifying domestic violence case did not constitute a ”change in the family dynamic”.

The mother was reprimanded by the judge and convicted for 20 breaches of parenting orders for refusing to bring her seven-year-old girl to the weekly visits because she feared for their safety.

The five-year-long custody dispute has tested the judicial system’s understanding of the impact of domestic violence and has elicited a unprecedented mea culpa from a veteran psychologist, who admitted he made a gross misjudgment by not believing the mother’s allegations.

The couple, given the pseudonyms Ms Tindall and Mr Saldo, have been bitterly fighting over parenting orders since their relationship ended in 2008.

Both parents have supported various forms of weekly paternal visits but, in August 2010, Ms Tindall suddenly stopped dropping the child at meetings at a KFC restaurant because Mr Saldo was about to go on trial for bashing her, tying her to a chair and swinging a sword at the child in their Cambridge Park home in 2007.

A court ordered that the two-hour visits should occur at a supervised contact centre but Ms Tindall failed to comply. She is now appealing against her convictions in the Family Court of Australia.

Judge Stewart Austin said the domestic violence incident had occurred years earlier and therefore the pending criminal proceedings did not constitute ”a change in the family dynamic” that would justify her defiance of the parenting orders.

If Ms Tindall’s appeal is successful, it could change the judicial system’s understanding of seemingly ”unreasonable” behaviour carried out by domestic violence sufferers..

”The father’s decision to publicly admit his past violent behaviour changed nothing about the history of the parties’ relationship,” Justice Austin said. ”His pleas of guilty were only a vindication of the mother’s allegations of past domestic violence.”

Ms Tindall told the court Mr Saldo’s admissions to some of the criminal charges made her fearful and she thought he would carry out threats to kill her and her child.

Mr Saldo responded that her ”sudden about-face” was an act and she had a pattern of making up allegations, including a false claim that he sexually abused their daughter.

The criminal proceedings were ”a convenient excuse for carrying out her own will, which is to exclude him from his daughter’s life”, his summary of argument said.

Family Court psychologist Dr R initially agreed with Mr Saldo, describing Ms Tindall as calculated and brazen. However, when Mr Saldo entered a guilty plea in Gosford District Court and was convicted to five years in prison, Dr R admitted he had understated the degree of violence and had never been more wrong in his 20 years of preparing expert reports.

Justice Austin said the father’s last threat was a text message in 2008 and the prospect of violence was ”quite remote”. He said the mother’s sudden change in attitude to paternal access ”does not withstand logical scrutiny”.

However, an academic expert gave evidence that domestic violence victims often act in ways that may seem incongruous and irrational to a reasonable person because of the emotional abuse suffered.

If Ms Tindall’s appeal, which was heard on Tuesday, is successful, it could change the judicial system’s understanding of seemingly ”unreasonable” behaviour carried out by domestic violence sufferers, Ms Tindall’s lawyer Elisabeth Houston said.