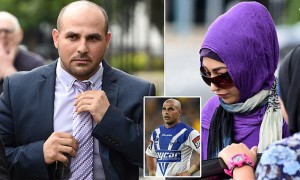 The charges related to an alleged incident at the former footballer’s home.

It was alleged that in the midst of negotiating living arrangements during the couples separation, El Masri tried to secure the keys to one of his homes, however his then wife, El-Cherif, refused to provide him the keys and to move out of the home. During this argument, El-Cherif accused El Masri of pushing her.

El Masri is a devout Muslim and a former ambassador for White Ribbon Day, a national campaign to stop violence against women.

Among a number of  commercial arrangements being put on hold or severed, arrangements which were El Masri’s primary source of income post his football days, El-Masri was understood to have been unceremoniously dropped by the NRL, the ruling body of the sport he excelled in.

El Masri was abruptly dropped from a number of high profile roles sponsored by the NRL, roles he undertook since his retirement, including according to Mr El Masri his most cherished role, that of ambassador for White Ribbon Day.

This is despite the broad understanding by the authorities at that time that the allegations made against El Masri were weak and inconsistent.

Forward 5 months and it was further revealed by the authorities that more than a dozen police working on the case have not been able to substantiate the allegations, even though Ms El-Cherif, 25, wanted to continue to pursue the matter. 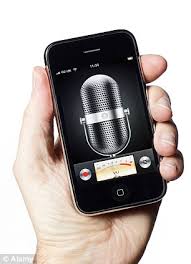 This is nothing new in cases of domestic violence, and contrary to what many may expect, charges are not necessarily dropped because of a lack of evidence, given that people’s safety, and at worst their lives, may hang in the balance unless preventative measures are taken, often in the absence of any hard evidence.

But in this case, as a result of an indisputable piece of evidence, not only have the charges been dropped, but news has seeped into the media that El Masri has been completely exonerated.

As a result the Police stated that all charges would be dropped.

“Mr El Masri has been totally exonerated. And he hasn’t been exonerated because somebody dropped off or something happened. The police have examined the evidence. There is overwhelming forensic evidence that shows his innocence.”

“There is a recording that he made of the event in which he allegedly misbehaved. It didn’t happen.”

All very well and good. But what if this recording did not exist? I think the outcome would have been markedly different.

It can be argued that El Masri is the exception to the rule, being lucky enough to have irrefutable evidence of an incident that often relies on he-said, she-said.

And in these cases, the Courts tend to priorities the potential safety of the alleged victim, over and above the injustice against the alleged perpetrator.

So what lesson can you extract from this news item?

According to Jacob Romano, editor of Family Law Express, he states that in a period of extreme public sensitivity towards domestic violence issues, the pendulum has swung firmly in the direction of a priority on prevention of abuse against women.

“There seems to be a general acceptance in the community that if push comes to shove, protecting women from domestic abuse should be the priority, even at the cost of prosecuting innocent men.”

But if we are genuinely interested in better separating genuine allegations from false allegations, then the use and reliance of audio recording software, should not only be encouraged, but should perhaps become the new forefront on prevention and detection of domestic abuse, in high risk families, similar to our reliance on CCTV on public areas.