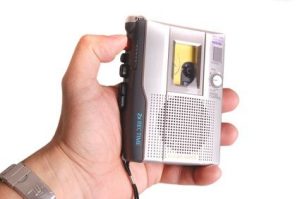 IT COULD be called gotcha litigation, except that it usually backfires on the party laying the trap.

Family court lawyers have observed a trend among litigants to secretly record themselves in conversation with their partners in an attempt to gather evidence against their foe.

It rarely pays off.

Federal magistrate John Coker said of one such recent case that the recording held little probative value and reflected worse on the person who made it.

”It is a matter which arises all too frequently, particularly in family law proceedings, and seems to have gathered support not only from parties to proceedings but also from legal representatives,” Mr Coker said in his judgment earlier this month.

”It would seem, clearly, to be an evidence-gathering exercise and one that, in my view at least … gives rise to serious concerns as to the behaviours of the party who records such evidence.”

Rachel Stubbs, a family law solicitor based in Wollongong, said it was a common technique among parents, but one she did not encourage.

One client recently wanted to use videotape evidence of her child refusing to go to her father at handover to prove the girl was unhappy in his custody.

Ms Stubbs refused to use the footage in court, and the client took her business elsewhere.

”I’ve seen it happen where parents have coerced children into making allegations of abuse by the other parent where there’s little other evidence. It reflects extraordinarily badly on the parent.”

The Family Court has grappled with the admissibility of such evidence.

A judge ruled in Hazan v Elias last year that the father’s recording of his conversation with the family consultant was inadmissible under the Evidence Act.

But in a 2008 decision, Latham v Latham, the court allowed the father to tender recordings of the mother that ”painted her as a seriously bad child abuser”, because the benefits of the evidence outweighed the way it was obtained.

The case before Mr Coker was a custody dispute in which a friend of the mother taped conversations to hold up as evidence that the father publicly denigrated the mother.

In one recording the father described the mother as ”old”, which Mr Coker said was clearly spoken in jest.

”There is little weight that can be put on evidence gathered in that manner,” he said.

The party who knew the recording was being made was likely to be on their best behaviour. But the behaviour of the other person could not be taken as typical, given the emotional nature of marital disputes, and especially those involving children.

Graeme Page, SC, who represented the father, said recordings could be a useful evidence-gathering exercise, but they were worthless in court.

”They quite often give information to counsel as to what has taken place and the nature of the person and the way that [counsel] will cross-examine them,” Mr Page said.