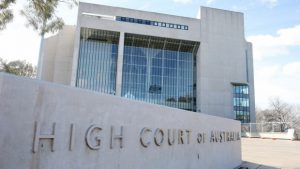 A court order requiring a Sydney mother and Mount Isa father to share parenting of their seven-year-old might have been in the child’s best interests, but it just wasn’t feasible, the High Court has ruled.

High Court judges said the Federal Court magistrate who made the original order should have considered whether it was actually practicable for the daughter to spend equal time or even substantial time with each parent.

The High Court initially handed down its decision in December but only released its reasons on Wednesday.

The court heard the couple lived together in Sydney from 1993 until 2007, and their daughter had been born in August 2002.

In January 2007 the family moved to Mount Isa to allow the husband to gain work experience.

The parents separated in August 2007, with the mother and daughter returning to Sydney. But three months later they returned to Mount Isa in accordance with interim orders sought by the father and made by the Federal Magistrates Court.

Final orders, made in April 2008, gave the parents equal shared responsibility for their daughter and directed that she spend equal time with each parent on the basis that both would live in Mount Isa.

The Full Court of the Family Court dismissed the mother’s appeal, but the High Court took a different view.

Judges noted that the legislation stipulated that a child’s best interests were to be the paramount consideration in parenting orders, with a presumption that this could be best achieved by parents sharing responsibility.

However, that presumption could be rebutted, with the legislation also requiring consideration of the parents’ circumstances, particularly the mother.

In this case, the mother was living in a caravan park and relying on welfare payments and income from casual work, with her daughter staying with her every second week.

The mother was also suffering depression from her poor living conditions, lack of employment opportunities and isolation from her family in Sydney.

The High Court judges said the federal magistrate addressed only the question of whether it was in the child’s best interests for her to spend equal time with each parent.

He made no assessment of whether spending equal time with each parent was actually feasible, they said.

“Had consideration been given to the question, only one conclusion could have been reached, one which did not permit the making of the order,” they said.

The case was sent back to the Federal Magistrates Court to be reheard.