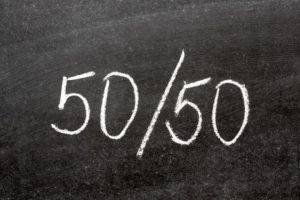 THE Full Court of the Family Court has clarified what it means by “shared care” for children after divorce, and it isn’t a 50-50 time split between parents.

On the contrary, fathers who win “shared parental responsibility” of their children may find they still see them only on alternate weekends, for two hours after school on Wednesdays, and half the school holidays.

“That doesn’t sound like the spirit of the new law at all,” said Michael Green QC, of the Shared Parenting Council. “There’s no way in the world that that is shared parenting.”

But Elspeth McInnes of Solo Mums said the decision “reflects reality, which is that equal time, or shared time, cannot work for all couples and shouldn’t be forced on them”.

The Howard government moved in 2006 to give both parents responsibility for children after divorce. Judges must now at least consider an “equal time” arrangement, and if that is not practicable, then an arrangement in which the children spend “substantial and significant” time with both parents.

Attorney-General Robert McClelland is reviewing the law. Last month, he said fathers should never have been led to believe they were guaranteed a 50-50 time split after a divorce.

The full court weighed into the debate yesterday, releasing its decision in a case known as Whisler and Whisler (2010).

The case arose when Mr Whisler — who had been the “house-husband” and stay-at-home dad for two years before separating — appealed against a decision by a federal magistrate to scrap a “week about” arrangement for his children, aged six and four, and replace it with one in which the children lived mainly with their mother and saw their father on alternate weekends, for 2 1/2 hours on Wednesday nights, half the school holidays and on special occasions such as Fathers’ Day.

Mr Whisler complained that the orders did not amount to the children having “substantial and significant time” with him, but in a decision posted yesterday the Full Court said that it did.

“These orders are clearly for substantial and significant time between father and children,” the court said, in part because they include 2 1/2 hours on a Wednesday, meaning the children see their father both on weekends and weeknights.

Mr Whisler’s lawyer argued that the court should have considered an arrangement in which the children swapped after three or four days with one parent.

The court ruled, however, that it would not necessarily be in the children’s best interests to swap around in the middle of a school week.