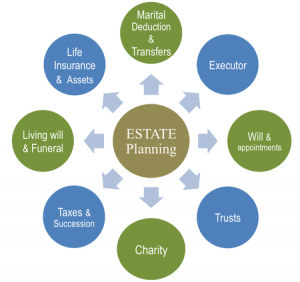 WHEN Robert Baillie died in a motorbike accident last year, his mother was distraught.

The last thing Jane Baillie was ready to do was deal with the complicated paperwork surrounding the estate of her 25-year-old son.

Being so young, Robbie didn’t have a will, and his superannuation was tied up in several different accounts.

As a result, Jane and her ex-husband Robert were hit by taxes of up to 55%, all while trying to deal with the death of their young son, whom she described as quiet, with an infectious nature.

“You’re not even in the right zone to be doing it to start with,” she said.

“It would have been nice to have discussed the more important side of how he would have wanted to be farewelled.

“A will would have taken care of that.”

Sandstone Point property manager Jane has shared her story in a bid to raise awareness of how important preparation for death is at any age. She also begged people to think twice before buying a bike.

Files Stibbe Lawyers partner Dean Stibbe said he dealt with people all the time who were experiencing massive problems with their loved ones’ estates because they hadn’t made a legal will, power of attorney or other provisions.

A survey released for Palliative Care Week (this week) to highlight the importance of estate planning found just 50% of respondents had a will and less than 20% had a power of attorney or funeral plan in place.

Mr Stibbe said he knew of one lady who had filled out a will kit incorrectly for her $3-4 million estate, resulting in more than $300,000 in legal fees.

Importance of power of attorney

Fellow partner Kylie Files said setting up an enduring power of attorney (which gives a trusted loved one the power to make decisions on your behalf under certain circumstances) was another critical step that many people neglected.

“You’ll have cases where there’s a husband and wife and something happens to one of them,” she said.

“They might have accounts or possessions under a joint name.

“All of a sudden the husband won’t be able to sell the house or withdraw assets.

“That will make things extremely difficult.”