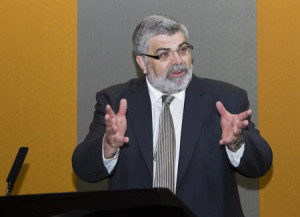 CENTRELINK estimates reveal 3000 single mothers meant to be put on the dole next January will now be eligible for the more generous Disability Support Pension or the Carers’ Payment.

Minister for Human Services Kim Carr has also revealed that 4326 mothers would not get the Newstart payment because they already had part-time jobs and under the system were considered to earn too much to keep some welfare money.

Another 5000 will receive a part-payment of Newstart under the changes.

Senator Carr told The Australian his approach was about giving individualised assistance to ensure all those affected did not miss out. “We want to make sure people get their full benefits,” he said.

Maree O’Halloran from the National Welfare Rights Network said the policy was flawed.

“If the parents actually met the stringent conditions for DSP or carers payment, why wouldn’t they already be on those payments? The actual rates are higher than parenting payment,” she said.

“The real goal should be helping single parents combine the hard role of caring alone with sufficient hours of paid work to give the family a good standard of living. Transferring people to lower or other payments doesn’t achieve the goal.

“Very, very few parents would qualify for these higher payments and avoid having their incomes reduced. It’s critically important that a parent with a disability or with significant caring responsibilities is receiving the support they need and are entitled to.”

Greens senator Rachel Siewert said the government was downplaying the impact of welfare payment cuts on single parents by saying they would put them on the best payment possible.

She said it was “disingenuous” for Senator Carr to say they could get access to the DSP or the Carers’ Payment.

“This is why the Greens and emergency support organisations are concerned about the potential increased demand for services over the coming months as parents face the pressures of Christmas, summer school holidays and back-to-school costs.”

The government is under fire after passing laws to move single parents on to Newstart payments when their youngest child turns eight.