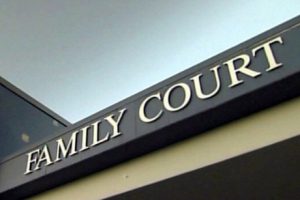 The Family Court and Federal Circuit Court will be combined as part of sweeping changes to the financially and emotionally crippling family law system, in an announcement by the Attorney-General Christian Porter today.

The decision comes before a broader review, which looks into the painstakingly slow way in which the nation’s strained family law system operates, delivers its findings next year.

The changes will come into effect from the beginning of 2019, in what the Federal Government is arguing will speed up the process of settling family disputes.

“We have two parallel courts, different rules, forms, procedures, individuals who are in the system get bounced around like Family Law footballs from one court to the other — terrible outcomes for them,” Mr Porter told the ABC’s AM program.

The Federal Circuit Court deals with the rest.

Appeals from the newly formed court, to be known as the Federal Circuit and Family Court of Australia (FCFCA), would also be heard by the Federal Court under the new arrangements.

Some 22,000 cases are filed across the two courts each year, and Mr Porter said delays in the family law system meant most cases were taking almost a year and a half just to reach trial.

He argued the merger was warranted given there is already significant crossover in jurisdiction and procedures of the two courts, and could result in an extra 8,000 cases being resolved each year.

“Twenty-two thousand matters are listed for final order in these courts every year, representing tens of thousands of Australians, and our priority is to get better outcomes for those Australians.”

It is unclear whether the changes will satisfy critics of the way the family law system, who argue funding pressures and delays in appointing judges to the bench are key reasons why the system is inefficient and struggling to cope with case loads.

The former attorney-general, George Brandis, announced a “long overdue” review of the family law system in September — the first since the dedicated court was established in the late 1970s.

The Australian Law Reform Commission is due to report back to the Government by March 2019.

Mr Porter defended making the announcement before those findings were delivered.

“It was a matter of such obviousness that the present structure was not working and was causing inefficiencies and duplications and delays that we considered that we could make the structural change,” he said.

Shadow attorney-general Mark Dreyfus cast doubt on the merit of the merger.

“And the Government has decided that this is somehow the result of inefficiencies in the court system.”

The current Chief Justice, John Pascoe, was appointed to the role last year after being the head of the Federal Circuit Court.

But he will be forced to retire by the end of the year, as he hits the statutory retirement age for judges.

One Nation leader Pauline Hanson has campaigned for changes to the family law system, including calling for the abolition of the Family Court altogether.