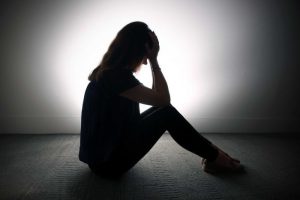 “I wanted to end my life the day that our community allowed this man to cross-examine me in court.”

Eleanor (not her real name) is a mother of four and a primary school teacher in regional Victoria.

She escaped an abusive relationship about a decade ago — a relationship in which she had been repeatedly raped and kicked by her partner wearing steel cap work boots.

But that was not the end of the trauma she experienced at the hands of her former partner.

“Why would they give him the right to cross-examine me in court, knowing the trauma that women have faced?”

Self-represented litigants have had the ability, in certain circumstances, to cross-examine their victims during family law matters.

But the Federal Government will today introduce legislation scrapping the practice, citing significant community concern and a desire to avoid further trauma of victims.

“In the criminal jurisdiction, many years ago, the practice was ended where a self-represented litigant would be able to cross-examine their victim in a sexual violence or in a rape matter,” Attorney-General Christian Porter told ABC News Breakfast.

“That situation, unfortunately, persists in a very small number of incidences in the Family Court.

“For those very small number of cases where there are clear allegations or indeed convictions of violence, the perpetrator of the violence should not be able to cross-examine the victim of the violence.”

Eleanor’s case would have been one of those covered by the new proposal.

“In the very same court room, only a couple of weeks before, a judge had actually said it was unsafe for him to be within 200 metres of me,” she said.

“And then in the very same court room, with a different court, they then said it was appropriate for him to be able to cross-examine me directly.

“I can remember nearly running out of the room, and seeing people to the sidelines looking at me going ‘what’s wrong with her’, as I was hyperventilating.”

Courts would also have the discretion to stop the direct cross-examination where domestic violence was alleged, and would be required to put in place extra protections for alleged victims — including screens or video links in court rooms — where questioning was allowed to occur.

Where questioning is allowed, it would have to be done by a lawyer, including legal aid lawyers where an alleged abuser does not have their own representation.

“In those circumstances, cross-examination can and should probably still happen, but it will have to be conducted by an independent counsel,” Mr Porter said.

A meeting of state and territory leaders in October 2016 called for direct cross-examination to be banned, and was met with widespread support from the legal community.

“I do think that people are surprised, with all of our knowledge about domestic violence, that the court is a place where this can still happen,” Angela Lynch from Women’s Legal Services Australia said.

“It’s basically using the court system to abuse your victim.”

Ms Lynch said it was not a case of denying alleged abusers their day in court, but argued the practice of direct cross-examination meant the court was not getting the full picture of abuse because victims would hold back on sharing all information.

“If your abuser is asking you those questions, the victims of violence are scared about the repercussions for them, for them and their children, after the court proceedings have been finalised,” she said.

Ms Lynch argued there were ongoing concerns with the announcement last month that the Family Court and Federal Circuit Court would be merged.

Critics of the changes claim that domestic violence allegations, many of which are frivolous, malicious and false, are being made at an alarmingly escalating rate, precisely because there are very little checks and balances, and ultimately consequences, to weed out the false allegations from the genuine ones.

It is claimed that this new restriction will make it even more difficult for innocent victims of false allegations to challenge these allegations with facts, doing even more damage to the relationship of that parent with their children, simply because the system does not place any importance on dealing with false allegations as seriously as it deals with genuine allegations.

Allegations of domestic violence will ultimately become even more difficult to be tested in Court, despite growing evidence that many allegations are false, malicious or misleading.

A wide-ranging review of the family law system is due to report to Government next March.