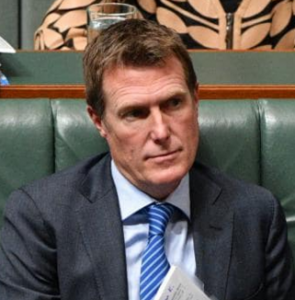 Family lawyers could be hit with personal costs orders if they fail to help resolve disputes as “quickly, inexpensively and efficiently” as possible and if their fees become disproportionate to the issues in dispute, under laws to be introduced to parliament today.

The legislation will also merge the Family Court and lower-level Federal Circuit Court to create a “Federal Circuit and Family Court”, to streamline the family law system. The new duties to be imposed on lawyers and their clients come after a Family Court judge last year attacked the “obscenely high legal costs” charged by family lawyers and an apparent “win at all costs, concede little or nothing, chase every rabbit down every hole” approach to litigation.

Lawyers hit with personal costs orders will be unable to recoup the fees from their clients.

Warring couples will also be obliged to resolve disputes as quickly as possible, and if they drag out matters with the intention of running up the costs of the other side, or refuse to accept a reasonable settlement offer, they could face indemnity costs orders, mirroring laws that apply in the Federal Court.

“The government is absolutely determined to reduce delays and costs,” he toldThe Australian. “Legal practitioners play a key role in advising their clients and ensuring that disputes are resolved as quickly and cheaply as possible.”

While most lawyers acted in their clients’ best interests, he said anecdotal evidence suggested an “unnecessarily litigious approach” in some cases increased costs and delays for clients at “an incredibly stressful and difficult time”.

The changes come amid crippling delays in both courts and Mr Porter has said the reforms will allow an extra 8000 cases to be resolved every year.

The Family Court’s existing judges will form Division 1 of the new court, while the Federal Circuit Court’s judges (who currently handle almost 90 per cent of family law cases) will form Division 2. Appeals will be stripped from the new court and handed to the Federal Court. Judges on the new court will be required to have appropriate experience — Division 1 judges will need specialist family law expertise (as is the case for Family Court judges), while lower-level and appeal judges will be required to have “appropriate knowledge, skills and experience” to deal with the kinds of matters that may come before them.

This is aimed at addressing a major concern of lawyers and domestic violence experts that judges appointed to the new court to handle child custody disputes would not have the necessary expertise. The Australian understands only about four Family Court judges will be sent to the Federal Court to handle family law appeals — less than half the 11 judges currently on its appeal division, freeing up the remainder to sit on trials. However, lawyers are questioning whether this will be enough.

Under the new laws, family law appeals from Division 2 will now ordinarily be dealt with by a single judge, instead of three judges, as is the practice currently.

However, some Family Court judges have been angered by the statistics, which they say reflect unfairly on their productivity

Mr Porter said in May he intended to phase out Division 1, as existing Family Court judges retired, but last week he told The Australian he could not prevent future governments from appointing judges to the superior division.